William Roger Pressley was born on February 6, 1932, probably in Newcomb, North Carolina. Research indicates that William most likely came from a family with a long lineage of Free People of Color (FPOC) who lived in FPOC settlements in South Carolina along the Savannah River.

At the time of his enlistment in the Army he lived in Oxford, Pennsylvania.

Private Pressley was a member of the 24th Infantry Regiment, 25th Infantry Division. He was listed as Missing in Action while fighting the enemy in North Korea on December 4, 1950 and returned to duty on December 21, 1950.

Pvt William Pressley was Killed in Action while fighting the enemy in South Korea on March 10, 1951. He is buried in the Beverly National Cemetery, in Beverly, New Jersey. 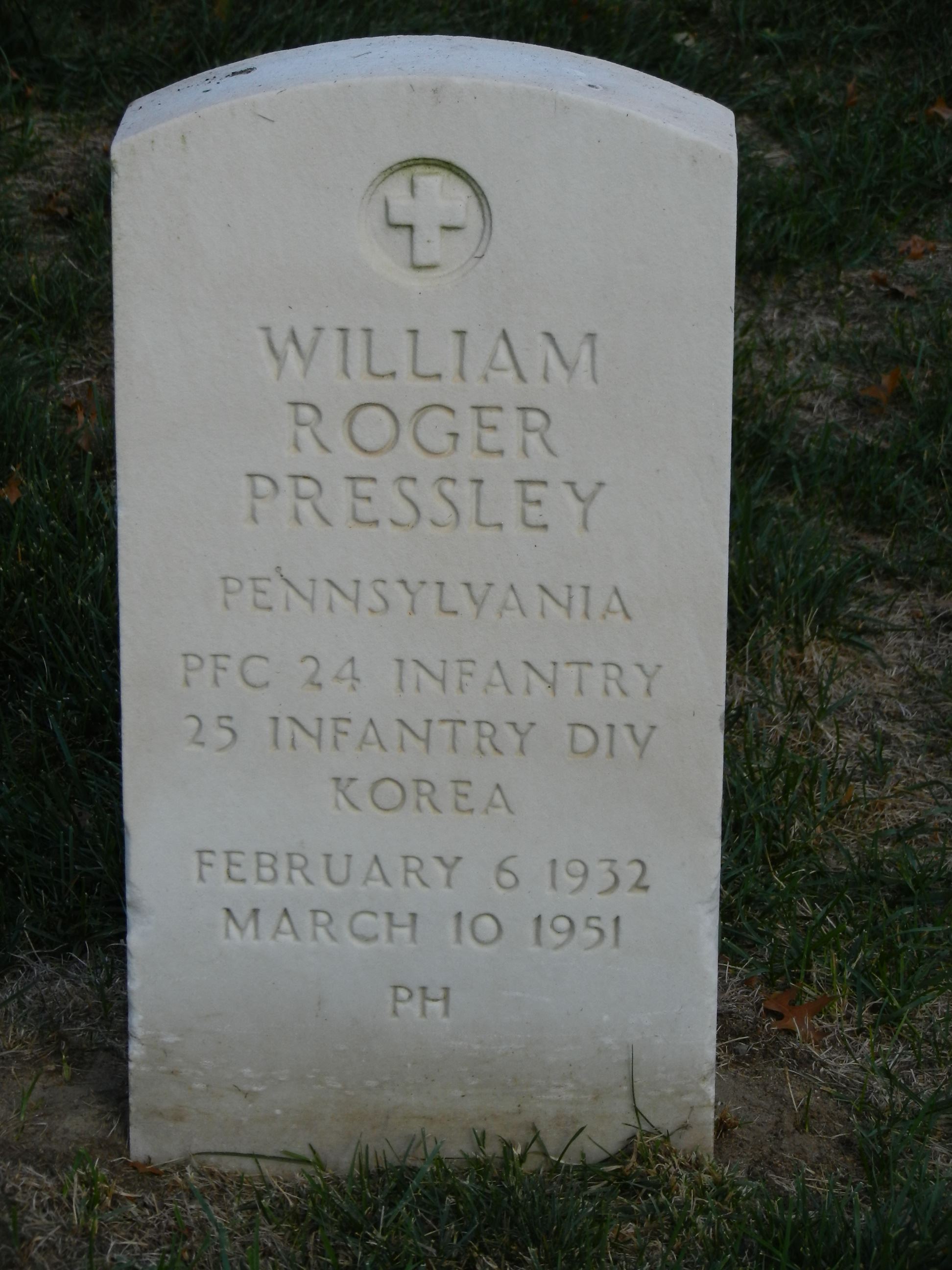