William Francis was born Sept. 22, 1930 to Henry and Lillah Francis of Malvern, Pennsylvania. He was one of eight children.  William graduated from Tredyffrin-Easttown High School. He was unmarried and worked for the Pennsylvania Railroad Company when he was inducted.

William entered into service in March, 1952 and in Korea since June, 1953. Pfc. Francis was with Weapons Company, Third Battalion, First Marines. His sister received a letter from him, dated July 22, 1953, in which he complained of the intense Korean heat. He said he was counting the days until his return. “We are getting good news about the peace,” he wrote, “and I hope to be back in the states by the end of the year.”

Pfc. Francis was 22 years of age when he was Killed In Action in Korea on July 24, 1953, just three days before the “cease fire order” was issued under the existing truce. The Department of Defense notified his sister that he was one of 18 who survived an attack, only to die the next day. 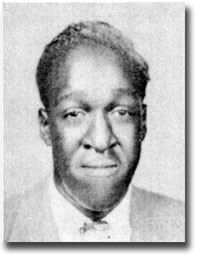