Edward Allen Clarke was born on March 22, 1948 to James and Beatrice Nichols Clark
in Coatesville, Pennsyvania. Edward was one of three children. The family moved to Downingtown when Edward was very young.

Edward graduated from Henderson High School in 1996. After completion of school, he was employed by the A&P supermarket in Downingtown until he was drafted into the Army in April, 1968. At the completion of basic training, he was selected to attend advanced individual training in the Artillery Branch at Fort Sill, OK. He graduated as a Cannon Crew member and was qualified to operate both the 105 millimeter and 155 millimeter Howitzer cannons. 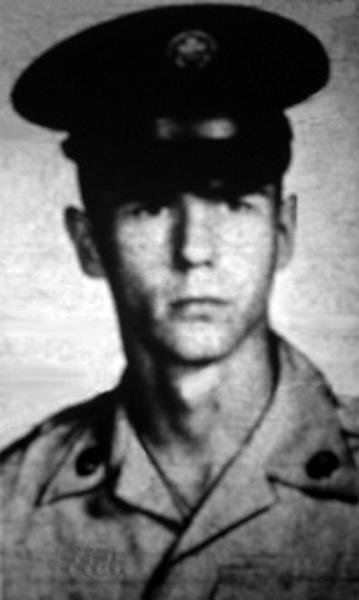 About six months into his tour in Vietnam, Edward and his unit found themselves moving from one location to another in support of the infantry ground units. On May 8 1969,  Battery C moved six howitzers by air from Fire Support Base (FSB) Rakkasan to FSB Airborne in support of Operation Apache Snow and received two additional howitzers from Battery B.

On  May 13th, FSB Airborne was attacked with a rocket-propelled grenade (RPG), satchel charges and small arms fire. Batteries A and B fired in support of FSB Airborne, but Battery C sustained 13 killed, 29 wounded and four damaged howitzers. Corporal Edward Clarke was among those killed in action while serving as the cannon crew chief for his 105 millimeter howitzer.

Edward was survived by his parents e, maternal grandparents Mr. and Mrs. Alfred Nichols of Downingtown; his paternal grandmother Mrs. Mary Klunk Clarke of Coatesville; a brother James LeRoy, at home, and a sister Diane, wife of Richard Mercer of Marshallton, PA.

Services and interment were conducted at Grove Methodist Church Cemetery in Grove, Pennsylvania.