Lawrence Russell Detwiler Jr. was born on August 3, 1946. and grew up in Phoenixville. His parents were Lawrence and Dorothy Detwiler.
Lawrence Jr. was one of four children. His father served in the Navy during World War II.

Lawrence, who was called Larry by his friends, graduated from Phoenixville High School in 1964. He excelled both in football and wrestling. Larry was also active in baseball, track and field, bowling, and the school band. Nicknamed "Duck" by his friends, he was known as a quiet modest lad, and a rugged fiery competitor on the field. Larry was also a member of the First United Methodist Church, Boy Scout Troop 17 and the Phoenixville Jaycees. He also played drums in a rock and roll band the "Cannonballs".

Larry was awarded a football scholarship to Juniata College. where he attended for one and one half years. He transferred to Goldey-Beacom College and graduated in 1967 with an associate degree in business administration and accounting. He obtained employment with the E. I. DuPont DeNemours and Co., as an accountant.

Larry was drafted into the Army on January 24th, 1968. He received basic training at Fort Bragg, North Carolina, and advanced training at Fort Polk, Louisiana, after which he was promoted to Corporal. Larry was then sent to Fort Benning Georgia for non-commissioned officers training. In Georgia he was injured in an automobile accident and spent 14 weeks in a hospital. Larry completed training and was promoted to Sergeant on December 3, 1968.

He then was assigned to Fort Polk as an instructor. Larry left for Vietnam from Oakland California on March 17, 1969. 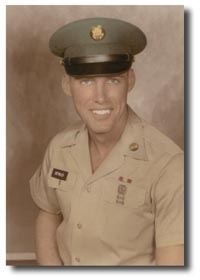 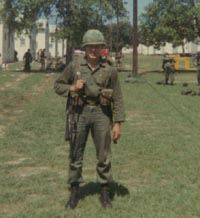 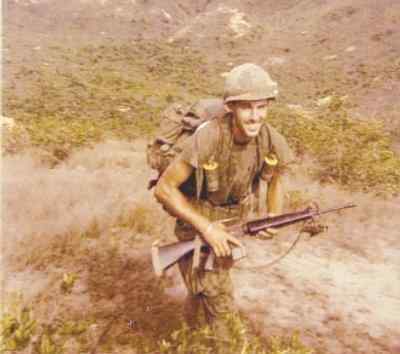 Larry served with Company C, 2nd Battalion, First Infantry, 196th Brigade, in the Quang Nam province of South Vietnam. On August 22, 1969, Company C advanced on Hill 102 in the Song Chang Valley, and came under fire near the base of the hill. Larry led his squad up the hill to provide advance security so the wounded could be evacuated. They began receiving mortar and small arms fire. Larry pushed a soldier out of the line of fire, and was killed by a sniper.   The family received a telegram on August 22 that he was Missing In Action, and on August 27 that he was Killed In Action. VFW services were held on September 5 1969. The funeral service was held at church, and internment was at the Philadelphia Memorial Park with full military honors. For his bravery under fire, Sgt. Lawrence Detwiler was posthumously awarded the Silver Star, Bronze Star, and the Purple Heart. His Silver Star citation reads in part:

"...came under intense hostile fire from a large enemy force in well-fortified emplacements. With complete disregard for his personal safety, Sergeant Detwiler unhesitatingly led his squad in an assault against the enemy bunkers. Throughout the advance, he remained in a forward position." ... "Sergeant Detwiler's personal heroism, professional competence, and devotion to duty were in keeping with the highest traditions of the military service, and he reflected great credit upon himself, the America Division and the United States Army."

Larry also received the National Defense Service Medal, Vietnam Service Medal with one Bronze Service Star, the Vietnam Campaign Ribbon, Combat Infantryman Badge and the Good Conduct Medal. His parents accepted his decorations during a ceremony at the Valley Forge General Hospital in December, 1969. In November, a memorial was instituted by Mrs. Alvin J. Wilkens and the Phoenixville Jaycees, in memory of Lawrence. The Larry Detwiler Memorial Award, is presented each year to a Phoenixville High School football player who has "displayed leadership, scholastic achievement and good sportsmanship.... all attributes of Larry Detwiler." A memorial dedication at the First United Methodist Church was held on May 31st, 1970 when a plaque of the new church insignia was presented by Larry's parents. The new insignia is of the flame and a cross. Larry's mother Dorothy, was invited to join the Vietnam Veterans Association, as a Gold Star Mother. She became very involved with the association and was known as a popular speaker. She also became close personal friends with many of the veterans. Dorothy spoke at the Hall of Heroes dedication representing our Vietnam heroes.  Read the Daily Local News article about Larry from November, 2010