Edward enlisted in the Army on December 22, 1966 and was stationed at Fort Jackson before leaving for Vietnam on May 30th. While serving at Fort Jackson, Edward received his high school diploma.

Edward Folks was severely wounded in Vietnam on July 11th and died from his wounds on July 16th. He was 19 years old.

"I served in the 9th Division (A Company, 4th Battalion 47th Regiment) in the Mekong Delta in 1967. I was an original member of this company when we went to Vietnam on January 10, 1967. Luckily for me I was transferred to E Company of the same battalion on June 1, 1967.  On June 19th, A Company walked into an ambush and suffered over 80% casualties - one of the replacements/casualties who came into A Company was Edward L. Folks."

Deborah Griffy was eight years old at the time her brother, Edward, was killed in Vietnam. In Novermber, 2011, she joined other community members at Octorara High School to dedicate the Memorial Alcove, which offers a respectful tribute to Edward and the following soldiers who gave their lives for their country: 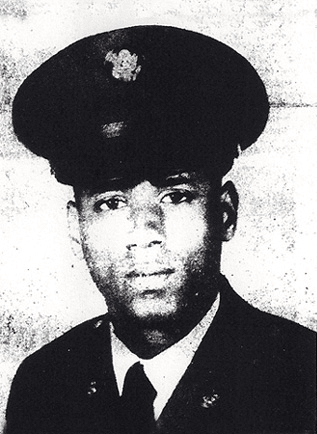 The soldiers are remembered in the Memorial Alcove by their photos, military seals, and a sculpture of a soldier's boots, gun and helmet. The memorial serves as a reminder to future generations of students of the great sacrifice these young men made for their country.