Calvin Kyrle Graeser, Jr. was born on August 1, 1943 and resided in Wayne, Pennsylvania.

Calvin enlisted in the Army at some point in 1966. After completion of basic combat training and advanced individual training in the states, he received orders to report to a combat unit operating in the Republic of Vietnam on October 4, 1966.

While performing operations south of their headquarters at LZ Anchor, elements of the 2nd Battalion, 5th Cavalry Regiment, 1st Cavalry Division had been overwhelmed by a superior force of approximately 500 North Vietnam army soldiers. Calvin’s Company C was airlifted into the skirmish in an effort to augment, rescue and relieve the exhausted forces but found itself vastly outnumbered by enemy troops. 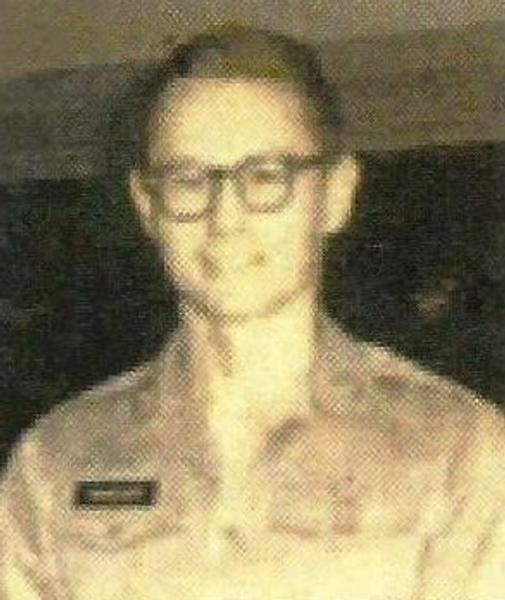 Although the 2/5 Cavalry eventually gained tactical and fire superiority and routed the aggressors, it was not without significant loss to the Battalion. The battle, near the village of Phu Ninh in Binh Dinh Province, culminated on March 11, 1967 after two days of intensive, non-stop fighting. U.S. losses totaled 22 killed in action and 26 wounded in action. C Company alone sustained nine killed in action including Specialist 4th Class Graeser who succumbed to multiple small-arms wounds after having been in-country for only five months. He was 23 years old and had served in the armed forces for approximately one year. Calvin was laid to rest in Woodlawn Cemetery in Baltimore, Maryland and is remembered on the Berwyn, PA Veteran’s Memorial and on the Berwyn Fire Company website.