David Carl Stanley was born to George and Pauline Stanley on July 26, 1945 in  Ashe County, North Carolina. He had two sisters and four brothers. The family moved to the West Chester area when David was young. He attended West Chester High School.

David received his draft letter during the summer of 1966. He complied with the order, passed the physical exam, was sworn-in, and assigned the service number of US 52 808 246 and left with a group of other young civilians to become soldiers.

Because of David's mathematical and mechanical aptitude he was selected to attend the advanced training course to become an indirect fire infantryman, or mortarman. The course included instruction in setting-up defensive mortar firing positions, preparation and maintenance of the firing apparatus, selection of proper ammunition and propellant, map reading, target location, computation of firing data using firing charts and slide rules, calling for and directing fire from the mortars, and the supervision of the firing unit. He graduated with the MOS of 11B20. After training, David received orders to report to Vietnam for assignment to a combat unit. By this time David's rank was that of Private First Class (PFC).   Upon his arrival in Viet Nam in March 1967, David was assigned to the 1st Infantry division which was then headquartered at Di An District, Binh Duong Province, in the 3rd Corps Tactical Zone (near Saigon). From Di An, David was further assigned to Company "B", 2nd Battalion, 2nd Infantry Regiment headquartered at Lai Khe, about 30 miles north of Saigon on Hwy 13.   Even with his advanced training as an infantry mortarman, David took-on an even bigger challenge when he arrived at the base camp in Lai Khe. The call went out among the new recruits for an alternate Driver/50 Caliber Gunner for the Company Commander's armored personnel carrier. David stepped forward and accepted this duty knowing full well that such a position would in many ways put him in greater danger than his training as an indirect fire Infantryman. Those who knew him have said that, "David accepted the new assignment as an adventurous challenge, willingly, and without regret". 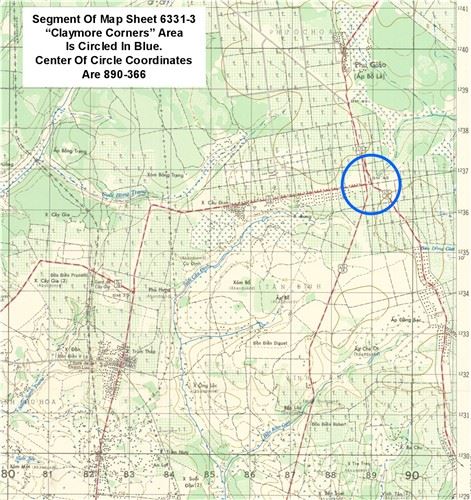 On July 24, 1967, David was promoted to Specialist Fourth Class (SP4). He had already received his Combat Infantryman's Badge for direct combat action against enemy forces while conducting search and destroy missions in May, 1967 during Operation Manhattan in the area of the Michelin Rubber Plantation, twenty miles west of Lai Khe. On most daily operations the command track led the formation of personnel carriers putting the Company Commander and those onboard at a greater risk for being not only the first vehicle to be hit during an ambush, but also the lead vehicle over heavily mined roads. Such as it was, on September 14, 1967 in an area referred to as Claymore Corners. The name Claymore Corners can't be found on a map. Like Omaha Beach in WWII, it achieved its name through the sacrifices made by those who were there.
David's Company had been deployed to Claymore Corners in September, 1967 and had set up a night defensive position from which they conducted daily search and destroy operations. On September 14, 1967, the Company headed out for what was supposed to be another day of search and destroy. They had been traveling this same road for days and there was no reason to believe that they were in any great danger of road mines. Infantryman with hand-held mine detectors swept the road every morning. David was driving the lead armored personnel carrier. They had gone no more than 500 meters in the direction of Claymore Corners when they hit a mine. The distance separating each vehicle was sufficiently enough so that no other vehicle was involved. The force of the blast was enough to completely flip the 10-ton armored personnel carrier and claim the lives of six American heroes: 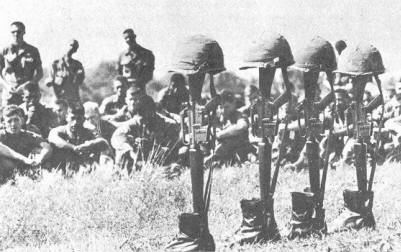 David Carl Stanley was laid to rest in his family's cemetery plot in Ashe County, NC. His name is etched on the Vietnam Veterans Memorial Panel 26E - Line 73.

David Carl Stanley was laid to rest in his family's cemetery plot in Ashe County, NC. His name is etched on the Vietnam Veterans Memorial Panel 26E - Line 73.
David's Medals And Awards