Eldin, nicknamed “Jacky”, underwent basic training at Parris Island, SC and continued with advanced training at Camp LeJeune, NC, and Camp Pendleton, CA. He left for Vietnam on January 28, 1969. His parents recall his devotion to duty and loyalty to the Marine Corps which he spoke often in his letters and calls home. “He kept telling us not to worry,” Mrs. Berger said. Corporal Berger called them from Bangkok, Thailand, where he spent a few days on R and R (rest and relaxation) leave. In a letter to his brother, he said he was sorry he wouldn’t be home for Christmas this year, but certainly he would be home for Easter.

20 year old Eldin was wounded on October 5, 1969 on patrol in South Vietnam. At this time, Lance Corporal Berger served as a machine-gunner with the First Marine division. He died shortly thereafter on October 9, 1969. He had less than three months to serve in the war zone.

Bruce Swander, a Vietnam Researcher contributes the following on Eldin: 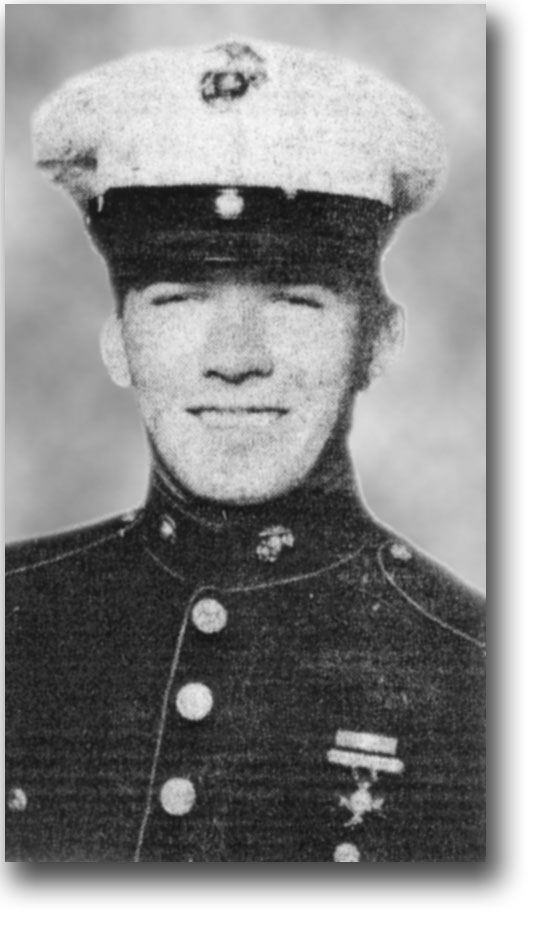 LCpl Eldin Berger had arrived in-country in early Feb 1969. He was attached to the 3rd Plt of India Company, 3rd Battalion, 7th Marine Regiment. This Unit was based in an area south of the port city of Danang in Quang Nam Province. By Sept/Oct of the year, the monsoons would have hit the area - records show they received around 45-50 inches of rain. This made going slow, hindered the necessary air support often needed, and made life miserable for the Marines in the field. On 04 October, the Battalion moved near the town of Que Son in South Vietnam. They were tasked with providing security for a Fire Support Base ("Ross") where an Artillery Unit was based, and concentrated on patrols in the area to ensure that the local rice fields were pilfered by the Viet Cong. FSB Ross was located just to the east of a sprawling mountainous range - one that provided dense jungle coverage for the VC. India Company set out for their first patrol on 05 Oct into the new terrain - rains were steady throughout the day. The 3rd Plt made some contact, and at 8PM were making their final movement to a night-time position to settle in just as darkness was falling. Moving forward, they encountered a dense thicket - where LCpl Berger and two other Marines went one way around it....the rest of the Platoon going another way. Suddenly, in the corner of his eye, the Patrol Leader saw three individuals emerge - at a distance of about 10 meters - carrying something. Not knowing that his platoon had been separated, he instinctively opened fire on them - wounding LCpl Berger and one other Marine. Once he realized what had happened, he called in for a medevac helicopter immediately. LCpl Eldin Berger would be flown to the 95th Med Ctr, and would die of a cardiac arrest there on 09 Oct 1969. The second Marine would survive his wounds, and the incident would be deemed 'friendly-fire' after an investigation. _________________________________ It was survival instincts that kept seasoned Marines alive there - but the same attributes that caused these types of incidents to occur much more than one would think. Funeral services were held on October 18, 1969 at Mauger’s Funeral Home. Interment was at Philadelphia Memorial Park. Lance Corporal Berger’s location on the Vietnam Wall is Panel 17W-Row 054.