Carey Lee Dobson was born on August 20, 1946 to Frank and Ruby Dobson who lived in Elverson, Pennsylvania. He was one of three children

Carey graduated from Twin Valley High School in 1968. He was a member of the baseball team in 11th grade, the school Band as a bass drummer and on the Stage Crew. The yearbook says Carey was “Amiable and always willing to help”.

Carey was drafted into the Marine Corps. After training, he was sent to Vietnam in October, 1968. He served with the 2nd Platoon, Combined Action Group, 3rd Marine Amphibious Force, training South Vietnamese in military tactics, in the Quang Nam province. He was promoted to Lance Corporal.

His last letter home to his brother Robert, describing how difficult combat could be, he said he would not return to Vietnam for an additional tour for “…a $1 million...”

While returning from patrol, Carey was severely injured by a ‘friendly’ mine. He was evacuated to a military hospital in Da Nang, but died from his wounds on May 21, 1969. Services were held on Monday June 2, 1969 in Honey Brook. Additional services were held at the St Marks Episcopal Church. Carey was buried at the St. Marks Episcopal Church Cemetery with full military honors. 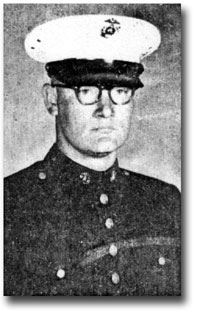