Lewis H Proudfoot III, was born on May 12, 1949. He lived in Elverson, Pennsylvania.


Lewis' grandfather, Lewis I, became interested in breeding hounds and started up the Brecken Brae Kennels which would later become a world-renowned dog training facility. He trained dogs for the US Marines during World War II. The kennels were even air-conditioned in 1948. The kennels housed as many as 190 blood hounds, several of which placed in a number of dog shows in the US and England,  notably “Lady Ozark”, “Our Pal” and “Lady Too”.  The hounds were used for tracking all over the world and sometimes in service to the US government .

Lewis III attended but left to join the Marines. He joined the Marines in February, 1966 and served with the 3rd Battalion, 5th Marines, India Company.

PFC Lewis H Proudfoot III was killed by an enemy explosive device while fighting near Quan Tin, South Vietnam on September 6, 1967 during Operation SWIFT. He has been stationed in Vietnam for only three weeks. He was 18 years old at the time of his death.

Lewis is buried in Arlington National Cemetary and is listed on the Vietnam Veterans Memorial wall, Panel 26E, Row 11.

His sister, Joy, was in the Womans' Army Corps (WACs). 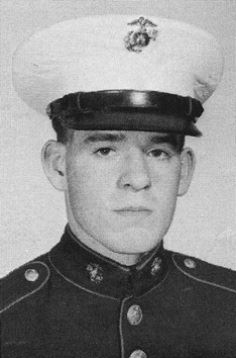 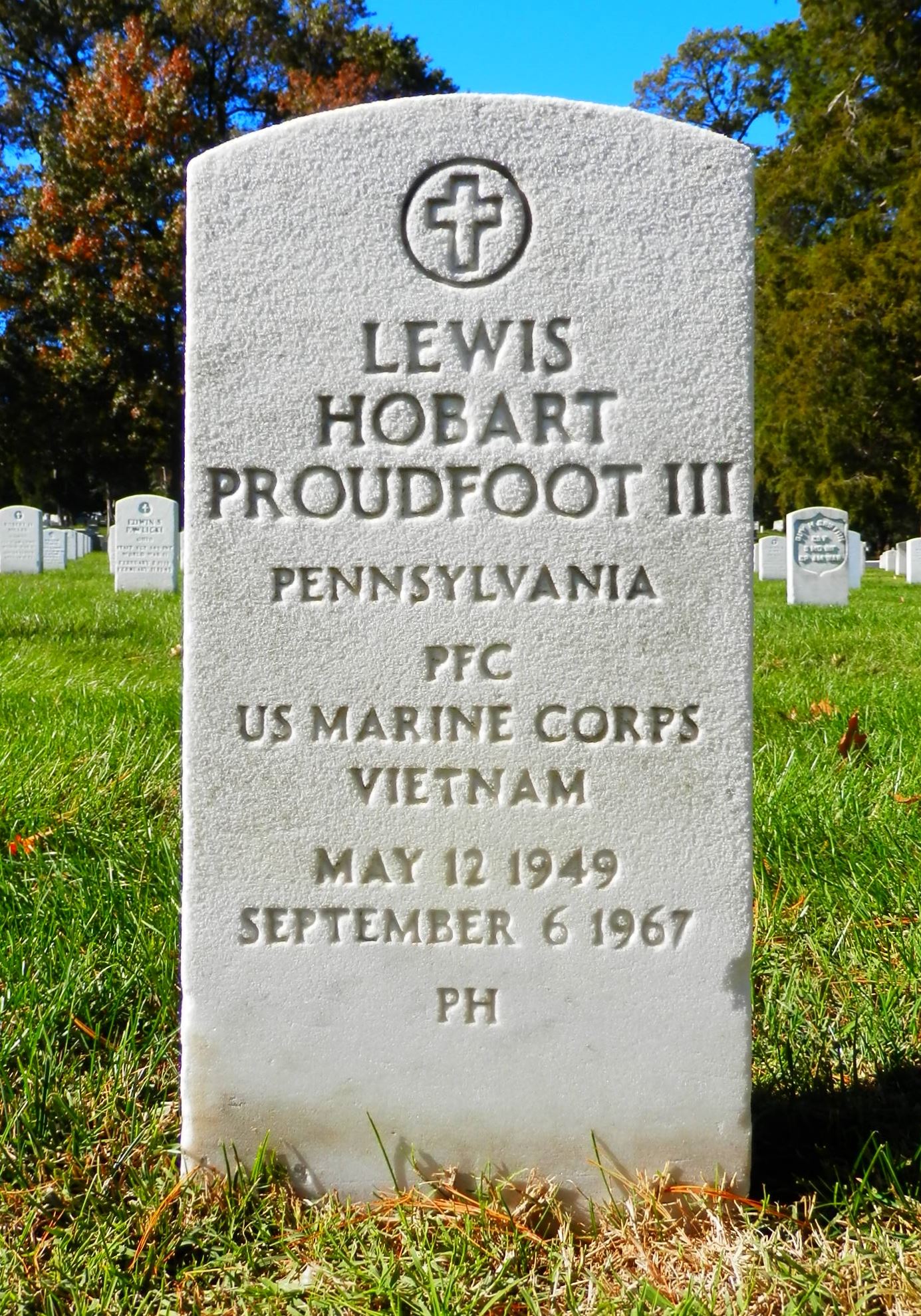