as told by his fiancé, Bobby Jo Cordero

There are so many things that I can tell you about this wonderful man that I was so lucky to have in my life. Anthony Lee Williams was born on April 19, 1987 in Honolulu, Hawaii. He was the son of Kathy Cleckler and Willie Lee Williams, Jr. He had one brother and one sister, Alex and Amanda Williams. Anthony attended Oxford Area School District for most of his school years. That is where he met so many people and made so many friends. Everyone saw him as a quiet young man until he got to know you... then watch out There was no stopping him after that! He had a wonderful sense of humor and constantly made everyone around him laugh with that distinct laugh that he had. He never fought with anyone and was very well-loved and easy to get along with.

Anthony rode the bus home and to school with me during middle school and high school. I was the new girl that was shy and he tried to break me out of my shell. He constantly tried to sit next to me on the bus. Making me laugh in the mornings on the way to school when I was still half asleep seemed to be such an easy task for him. It was then that we became very good friends. He would ride his bike to my house, which was literally right across the field from his house, after school so that we could play outside until dusk. He really started growing on my family little bit by little bit.

Anthony was enrolled in wrestling and track and field for three years. He attended Beulah Baptist Church in Russellville where he was a member of the Core Church Youth Group. Anthony studied at CAT-Brandywine VoTech School for HVAC, which is what he planned to do after he graduated high school. He wanted to go into a line of work that allowed him to be in a different location each day. He said "the opportunity to see what is out there is too tempting to pass by." Anthony planned to go into the Marines right after he got out of high school. After the Marines he had a plan to work for about ten years in heating and air conditioning, then starting his own business. In a conversation that he brought up to me one day, he said that he wanted to join the Marines. My response was “just think about it. It is your decision, but that I will support whatever you choose to do.” He said "you're not going to try to stop me?" I said "why would I do that?  Not like you will listen to me anyways! You’re hard-headed"  He said "yeah, true." Then we just laughed about it. 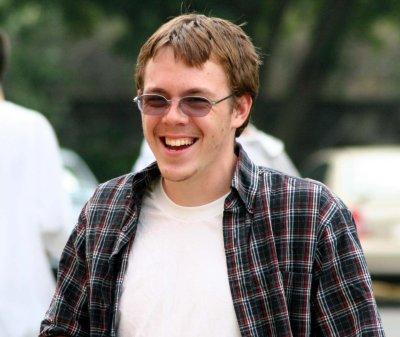 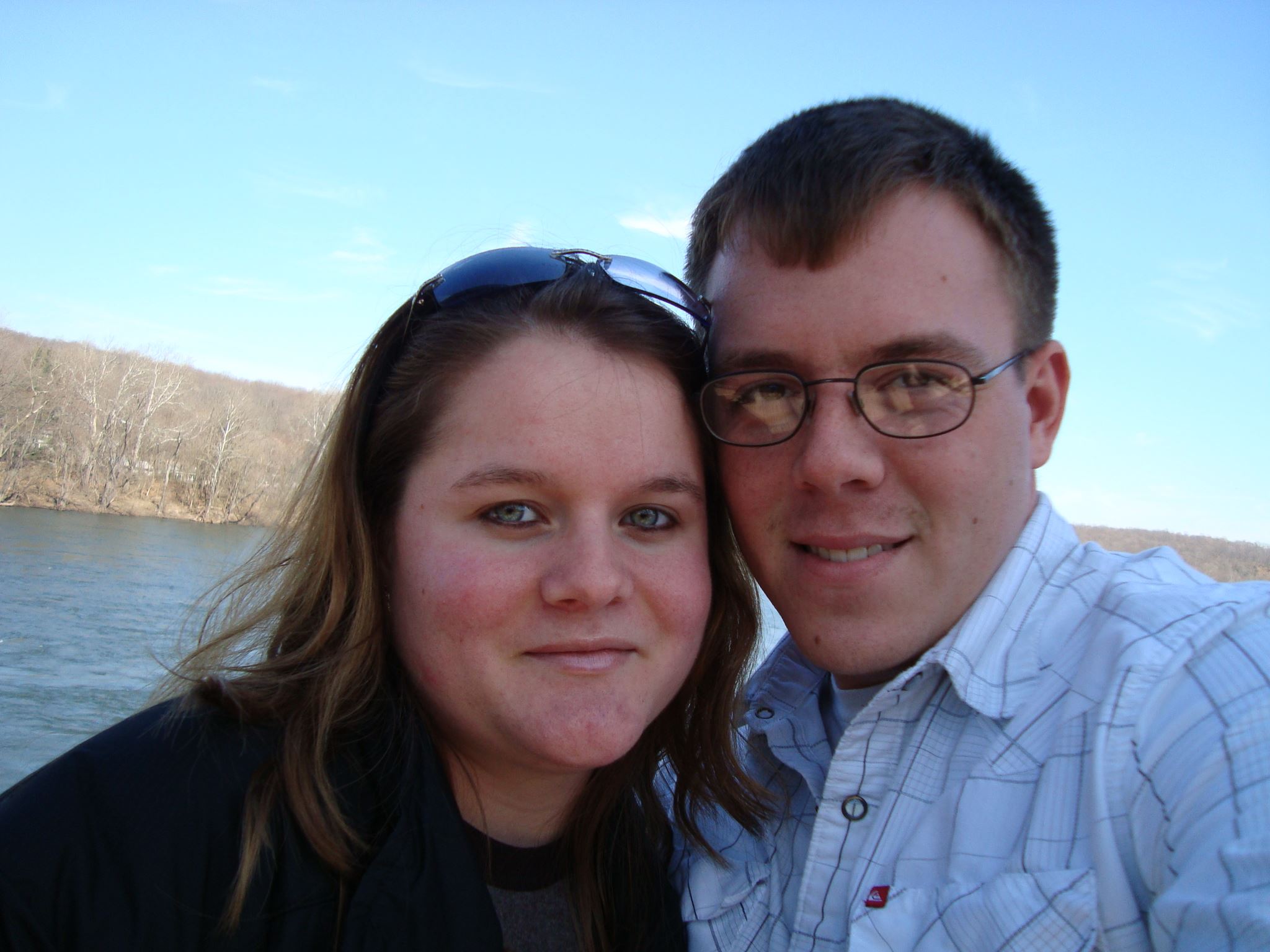 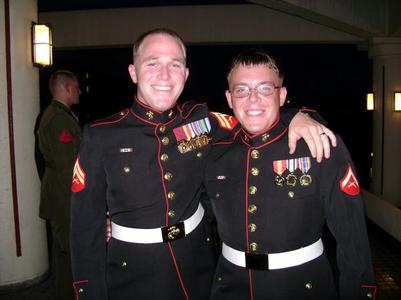 Anthony worked at Wyncote as a line cook in Oxford, PA from August, 2004 until June, 2006. On June 24, 2005 he enlisted in the U.S. Marine Corps delayed entry program, just weeks after I graduated from high school. Anthony graduated from Oxford Area High School and CAT-Brandywine VoTech School in June 2006. He received many honors including perfect attendance for both 2003 and 2004, also student of the quarter in 2003. On June 12, 2006 he joined the Marine Corps, just a week after graduating. He joined as a combat engineer. Anthony began Marine Corps Recruit Training at Parris Island in South Carolina. He finished his boot camp training and returned home on September 9, 2006. He came home to a welcome home party where he then proposed to me. It was the happiest day of my life.
The first place that Anthony was stationed in was Okinawa, Japan. He was both happy and sad that he was going there. The happy part was because he had wanted to go there so badly, sad because he was so far from home. He left to be stationed in Japan in December 2006. That is where he was stationed when he left to serve in Iraq from August 2007 to March 2008. While in the Marines he visited many places that he always wanted to visit while doing a variety of missions and training. He was able to visit California, Hawaii, Minnesota, Maine, Germany and many other places. When he was home in April 2008, he took time out with me to visit New York City and Washington, D.C. It was then that he was able to sit back and relax for a week or so and catch up with what he was missing here at home. He was able to play video games and spend time with his loved ones and friends, which he loved and missed so much. Those were his favorite things to do, play electronic games, listen to his music (sometimes a little too loud) and visit with family and friends. He also had a very strong love for Wawa. For every sandwich that he ordered, he would put the receipt on the top visor in our car, where he had his own personal stash of receipts. Anthony leaving that time was especially hard on everyone. We had such a great time during his visit home. Anthony was then stationed with the 2nd Combat Engineer Battalion in Camp Lejeune, North Carolina. The last time that I saw Anthony was when he was on leave in December, 2008. We watched the fireworks together at Penn’s Landing on New Year’s Eve. He said he wanted to make it an every year tradition once he was finished serving in the Marines. What neither of us knew was that it was his last New Year’s celebration. When Anthony returned to Camp Lejeune he volunteered for service in Afghanistan. Anthony went up to become an angel on March 22, 2009, just a month before his 21st birthday, while conducting a dismount patrol in the Helmand Province of NowZad, Afghanistan. His positive outlook on life was greatly contagious. He had a great strength of character and a wonderful sense of humor that always kept everyone around him laughing. He was definitely a unique, amazing man with so much more to do in his life and so much more that he wanted to accomplish. ________________________ Corporal Anthony Lee Williams was laid to rest at Beulah Baptist Church Cemetery in Russellville. He received many ribbons including National Defense Service Medal, Afghanistan Medal, Iraq Campaign Medal, Global War on Terrorism Service Medal, Sea Service Deployment Ribbon, and Sharpshooter Ribbon.  Anthony was known as a fun-loving, energetic boy who suddenly brought unto himself the duties of a man. 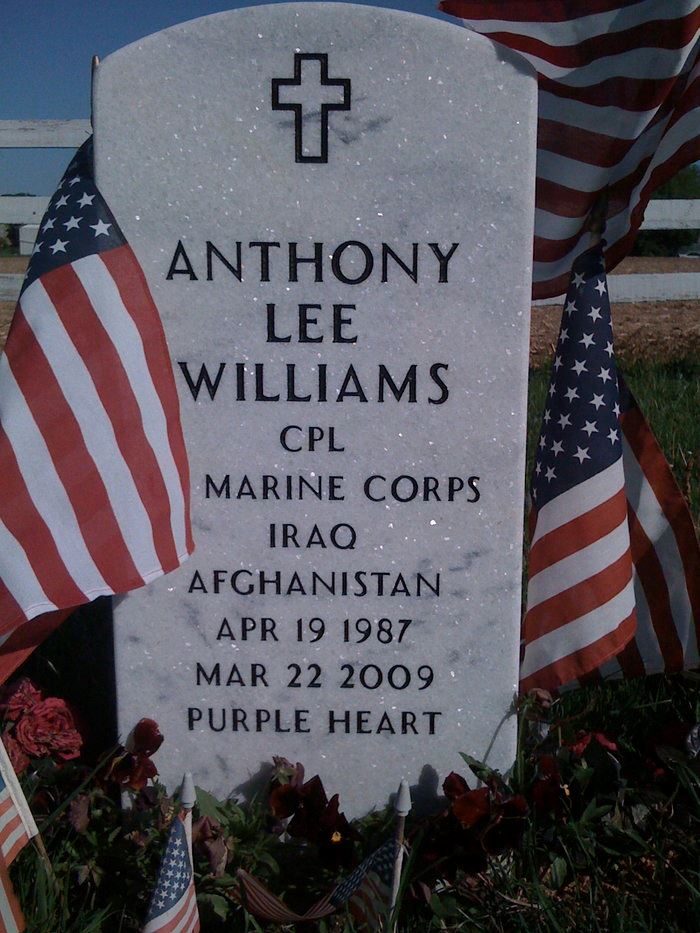