Howard Warren Anthony was born on October 15, 1920 to Howard Ellsworth and Elizabeth Anthony. He was one of four 4 children.

Howard served in the Army with F Company, 330th Infantry Regiment, 83rd Infantry Division as a Staff Sergeant. He was killed in action on January 16, 1945 and is buried at the Chester Rural Cemetery in Chester, Pennsylvania

It is not know where he was born, nor where he lived, but he is on the list from Chester County of war dead form to County. 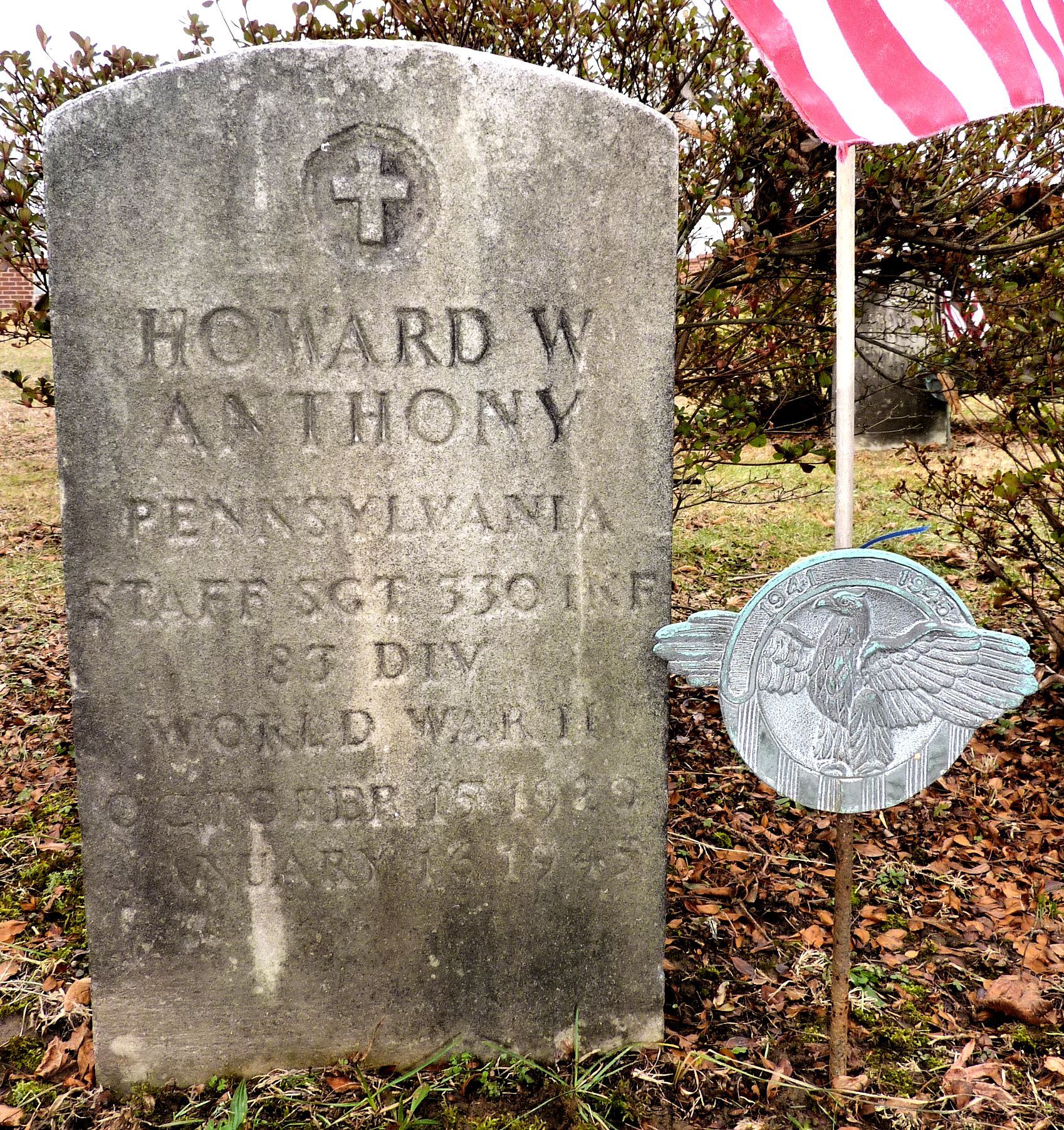