Leroy E. Ayers was born on June 26, 1925 to Walter and Nora Houck Ayers in Honey Brook, Pennsylvania. He was one of eight children.

Leroy was wounded on June 1, 1944, resulting in hospitalization. He recovered and returned to service on June 26th, which was his 19th birthday. Three months later, Army Sergeant Leroy Leroy E. Ayres was "Killed in Action (October 7, 1944) in France.

Leroy was buried at a local cemetery and his remains were returned home after the war for burial in his home country. He is buried at Mt. Zion Cemetery, in North Coventry Township. 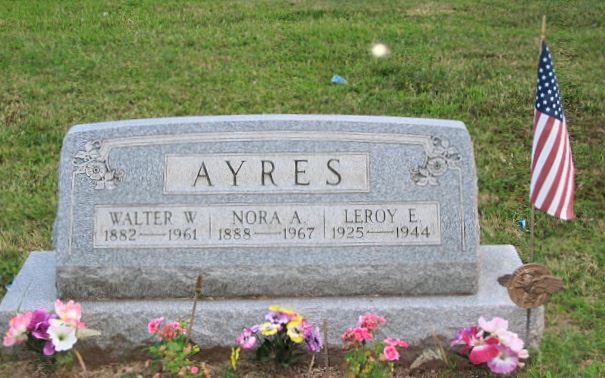