Leroy Everett Barnes was born on June 13, 1922. His parents Clarence and Emma were farmers in Little Washington, Pennsylvania. He was one of ten children.

Leroy was drafted into the Army and entered service on October 1, 1942. After basic training, he was sent overseas and served with the 85th Custer Division of the Fifth Army. The 85th was the second all-draftee division to enter combat during World War II. The division was activated at Camp Shelby, MI in the spring of 1942 and received advanced training in the swamps of Louisiana, and desert training in California.

Leroy arrived overseas at Casablanca French Morocco, in North Africa on January 2, 1944. His division was then sent north of the Garigliano River to defend against the GUSTAV Line -  a German heavily fortified defensive line south of Rome which virtually ground the allied forces to a halt. Leroy’s division launched an attack to successfully advance past the GUSTAV Line, opening the beach head to our forces which landed at Anzio. They were instrumental in the capture of Rome.

In June Leroy had a close call - he was preparing to fire on the enemy when he was distracted by the sound of an enemy machine gun.  As he turned, the stock of his rifle was hit and scattered by a sniper's bullet.

In August, 1944, the 85th Division proceeded north and attacked the western mountain defenses of the German Gothic line, which protected the crossing into Austria. His division broke through on September 16th, and continued against heavy resistance through mud and heavy rain. It was during this drive, that Leroy met his fate. He was on a small boat crossing a river when a hand grenade landed in the boat.

Private First Class Leroy Barnes was killed in combat on September 19, 1944. He was buried in the US military cemetery in Florence, Italy. He received a Purple Heart posthumously and later was awarded the American Legion Post Star citation by Legion Post #475 in Downingtown.

LeRoy’s brother, Elwood served in the Army in the South Pacific, and his sister Florence served as an Army Nurse in England during the war. 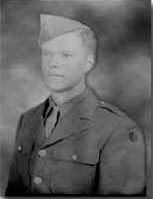 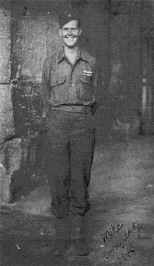