Joseph S. Brzozowski was born on May 5, 1916 to Anthony and Anna Zamen. Both parents died when Joseph was two years old from influenza. He was raised by foster parents Joseph and Tillie Schrafren who lived in East Coventry Township, Pennsylvania.

Joseph attended school in Coatesville but left before completion and moved to California where he found employment with a railroad. He married in California but his wife died two years later, after which he returned home.

Joseph entered service in the Army in May, 1943, when his draft status was changed from California to Pennsylvania. After basic training he was sent overseas to the European Theater of Operations. Joseph was assigned as a jeep driver, and landed in Normandy France, but it is not know when.

Joseph was buried in a local military cemetery in France. He was returned home for burial in his home country in 1948. The Sahler-Sedan Post of the VFW provided the Honor Guard at services on July 17th. Burial was at the St. Stanislaus Cemetery with full military honors. 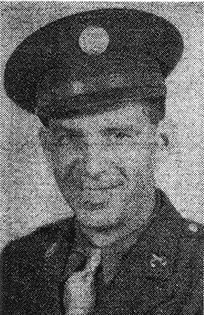