Edmund Carr Buckley was born on November 29, 1908 in Brooklyn, New York. He attended high school in Los Angeles, California.  Edmund graduated from the University of Pennsylvania, class of 1930.  He joined the ROTC  while attending college.

Edmund married a fellow student, Beatrice Hickman in 1932. They moved to Kennett Square, Pennsylvania in 1936.

In Apri,l 1941, Edmund was called into service. He trained at Fort Jackson, SC, Fort Benning, GA, Camp Forrest, TN, Fort Leonard Wood, MO, and Yuma, AZ. Beatrice and her son, Richard, followed him to Yuma where they lived on a ranch nearby the base.Edmund was Captain of Company D, 28th Infantry Regiment, 8th Infantry Division.

Edmund was survived by his wife, Beatrice and two children, Richard and Caroline. Caroline was born while Edmund was at war and never net her father. 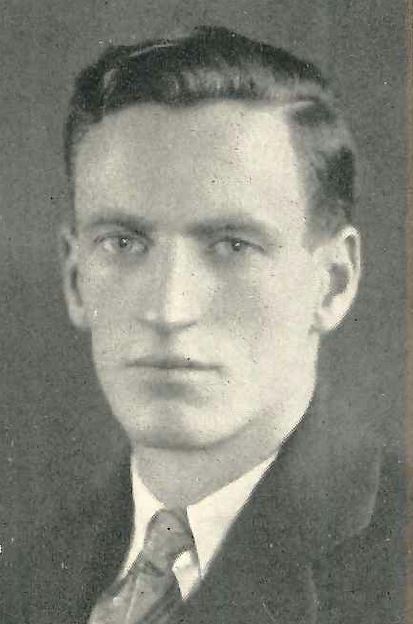 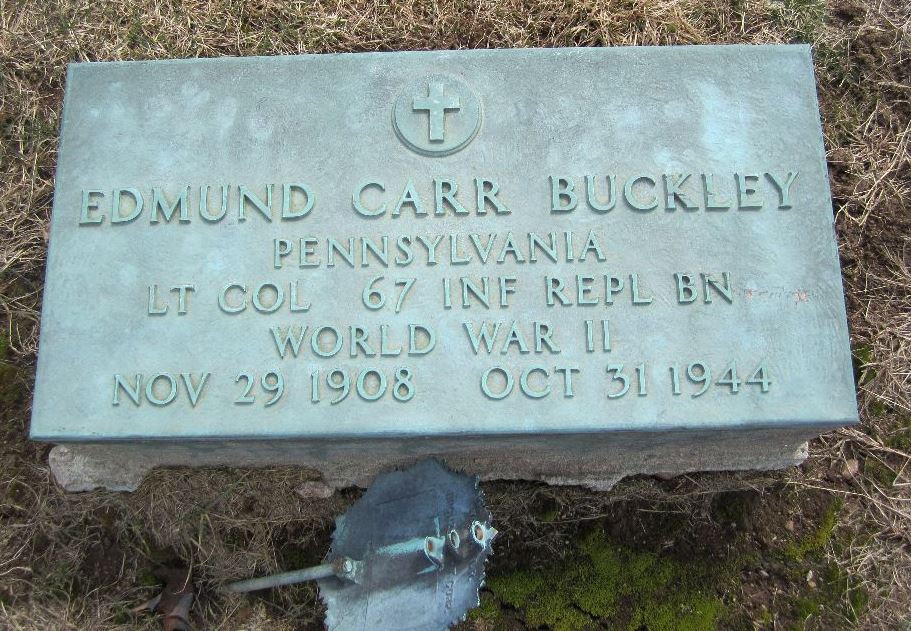