Harry Gail Burkett was born was born on April 18, 1919 to Henry and Gettie Eshbaugh Burkett in Jefferson County, Pennsylvania. He had a younger sister named June Louise.

At some point in his younger years, Harry moved to Chester County, but documentation could not be obtained to pinpoint that time period.

Harry entered the Army July 26, 1941. He served with the 704th Tank Destroyer Battalion, 4th Armored Division, and became General Patton’s Spearhead. The 704th was activated in December, 1941 at Camp Pine, New York. They trained with M18 Hellcat tank destroyer.  It was the fastest tank in the theater (60 mph) and  was lightly armored to achieve that speed.

The 704th landed at Utah Beach July 13, 1944 to participate in Operation Cobra in the sweep across France. They first secured Brittany then drove across France until they reached the German border where they held up to allow other divisions to catch up. The 704th was one of the units sent to relieve Bastogne. Afterward, they advanced into Germany near Sinc. Captain Harry Gail Burkett was killed in action on February 19, 1945 in Germany. He is buried in the family plot at the Mount Pleasant Cemetery in Jefferson County. 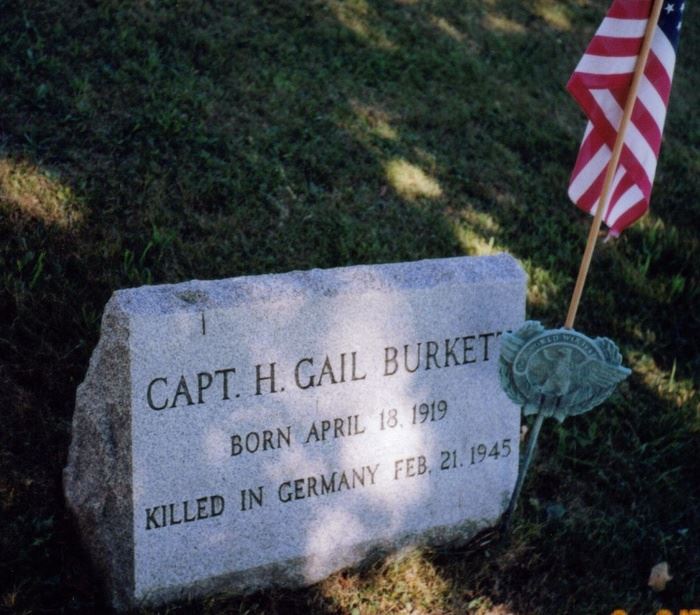