Howard Lloyd Buttray was born November 17, 1924 to Alfred and Heloise Buttray who lived in Crawford County, Pennsylvania. His father worked as a polisher in a coal plant and hi s mother took in laundry. Howard was one of seven children.

Howard did not continue his education past grammar school. Instead, he worked as an unskilled laborer in a in a textile factory to help support his family.

Howard moved to Chester County before he went to the service.

Harold entered service in the Army on May 5, 1943. He served with the 18th Infantry Regiment 1st Infantry Division.

Private First Class Howard Lloyd  Buttray was killed in action on  October 9, 1944. He is buried at the Henri- Chapelle American Cemetery in Belgium.

A memorial stone is placed next to his was mother's grave in Roselawn Memorial Cemetery, in  Crawford County.

Harold was awarded the Bronze Star and Purple Heart. 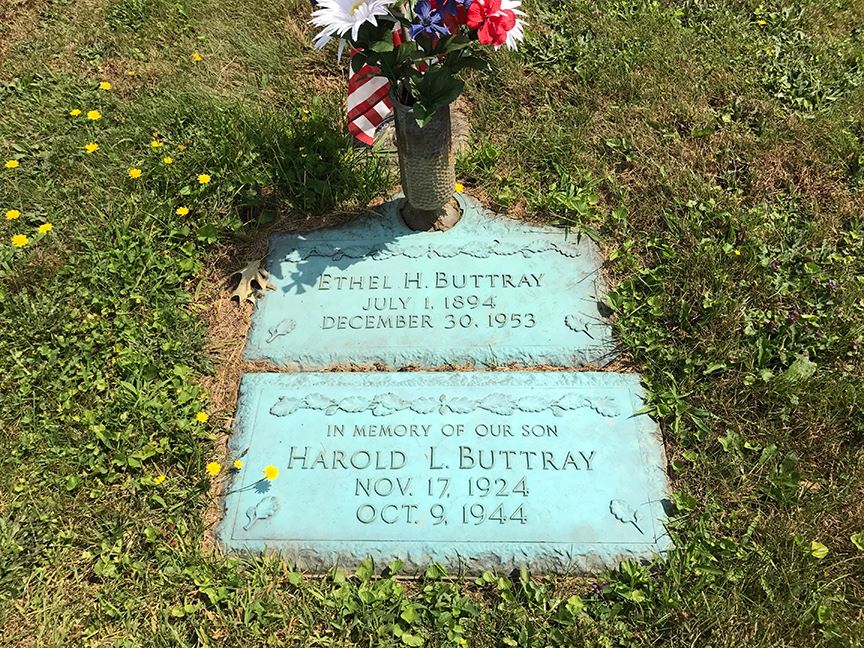