Wilbert W. Conover, affectionately known by his family as “Toe”, was born in Parkesburg, Pennsylvania on September 8, 1917. He was the son of John and Anna Bunting Conover. He had eight brothers and sisters. “Toe” attended the Parkesburg School and the Parkesburg Methodist Church. Most men who lived in Parkesburg, including Wilbert’s father, were employed by the Parkesburg Iron Company which manufactured “charcoal iron” boiler tubes for steam locomotives.

Wilbert began working at Lukens Steel in 1939. He was married the following year to Jean Thompson.

Wilbert entered the service on April 8, 1943 and went to Fort McClellan's Army Infantry Replacement Training Center for basic training. From there, he was transferred to Fort George G. Meade, Maryland arriving on May 13, 1944 and by May 22nd, he was at Camp Shanks. On June 19th he boarded the troop ship Louis Pasteur and landed in Scotland on June 29, 1944. 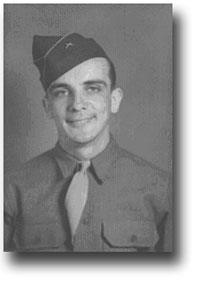 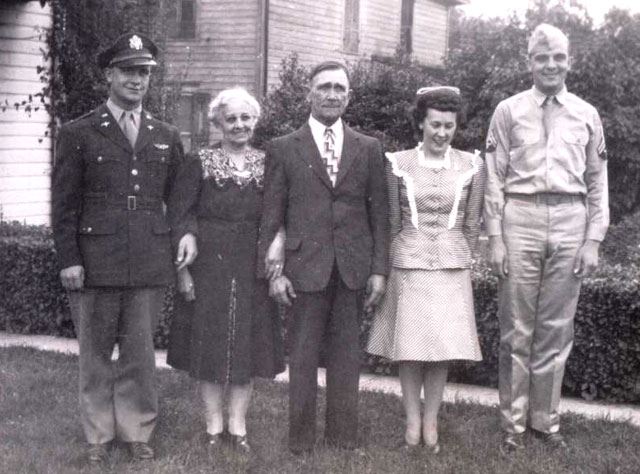 Wilbert was sent to France as a replacement. He was assigned to I Company, 120th Infantry Regiment, 30th Infantry division, nicknamed “Old Hickory”. Old Hickory spearheaded the all-important breakthrough south of St. Lo, France, but some of the heaviest fighting was yet to come.

The 30th stopped one of the German Army’s major counter attacks in the Mortain-St. Barthelmy sector of France. German troops nicknamed the 30th, “Roosevelt’s SS”. The 30th was considered the nunber one infantry division in the European Theater of Opeerations, involved in 282 days of intense combat from Jne, 1944-April, 1945.
The recorded events of Wilbert's combat life in Europe are sketchy but by July 12, 1944 he had received the Combat Infantry Badge which translated into a $10 a month raise in Army pay. He was promoted to Staff Sergeant on November 6, 1944, and was wounded on Nov. 9th and hospitalized with shrapnel and burns to his leg. After release from the hospital, he returned to his unit on December 3rd in Kerkrade, Holland. In a censored “V Mail” letter home dated December, 1944 he mentioned about being “somewhere in Holland” and jokingly added he wished it had the word “New” in front of his present location - "New Holland" is a town close to Wilbert's home in Pennysylvania. He continued, “Living in these foxholes each day and night with the sky as our blanket isn’t like home but, most all of us are willing to sacrifice a little to bring this war to an end …” On December 16, 1944, achieving total surprise, Hitler unleashed his last full scale offensive - known as the Battle of The Bulge -  with three German armies totaling over a half a million men, attacking US forces in the Ardennes region of Belgium and Luxembourg. On December 17th the entire 120th regiment was alerted and was soon transported to the front just north of Malmedy. December 28th Wilbert wrote: ”We did not have turkey on Christmas day but made up for it yesterday. Christmas we were dug in fox hole positions with only K and C rations. The war took somewhat of a turn making things look somewhat in favor of the Jerries. At the present we are giving them all they want so maybe with good weather we can end it all by Spring. Let’s hope.” 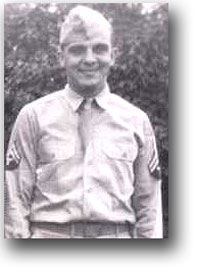 On the morning of January 3, 1945 S/Sgt Conover lead his squad into a wooded sector. The day was foggy and new snow was falling making visibility difficult. Suddenly, small arms fire opened up on the men and Wilbert went down. According to his comrade’s letter, “… he had a smile upon his face. He started crawling back and the Company Commander and another one of his buddies went out to help him. They were fired upon again and he and his friend were hit. This second wound did the most harm”.  Within minutes they got him back to the 47th Field Hospital where he died a few hours later. Wilbert was buried the next day at the Henri Chapelle American Cemetery, Belgium. His wife received a telegram 19 days later stating he had been seriously wounded. The following day, the same delivery boy knocked at the door with his head down and handed Jean another telegram notifying her of her husban'ds death. Wilbert was 27 years old. Memorial services were held at the Parkesburg Methodist Church on February 18, 1945. Upon hearing of his brother’s death, Wilbert's younger brother Don, a GI in the US First division, requested to be transferred into a frontline combat unit to seek revenge while brother Bob was headed for the Pacific Theater as a P-38 pilot.  The cemetery in Belgium where Wilbert was buried was moved to a permanent site and families were given the choice to have the remains shipped home or interred in the new American cemetery overseas. On November 21, 1947 his remains were shipped home and buried with military honors at Fairview Cemetery in Coatesville. Jean told our reseacher, Bill Wilde who is great nephew to Wilbert, that even years later, she was not able to move on until after his body was brought back home. Eventually, she remarried. Her new husband was also a veteran of the Battle of The Bulge. Wilbert wrote home the day before he was killed, “There is not much news but, I am doing swell. Things are a little tough but, with God’s protection I know I will see it thru. Give my love to all and God bless each and everyone of you.” 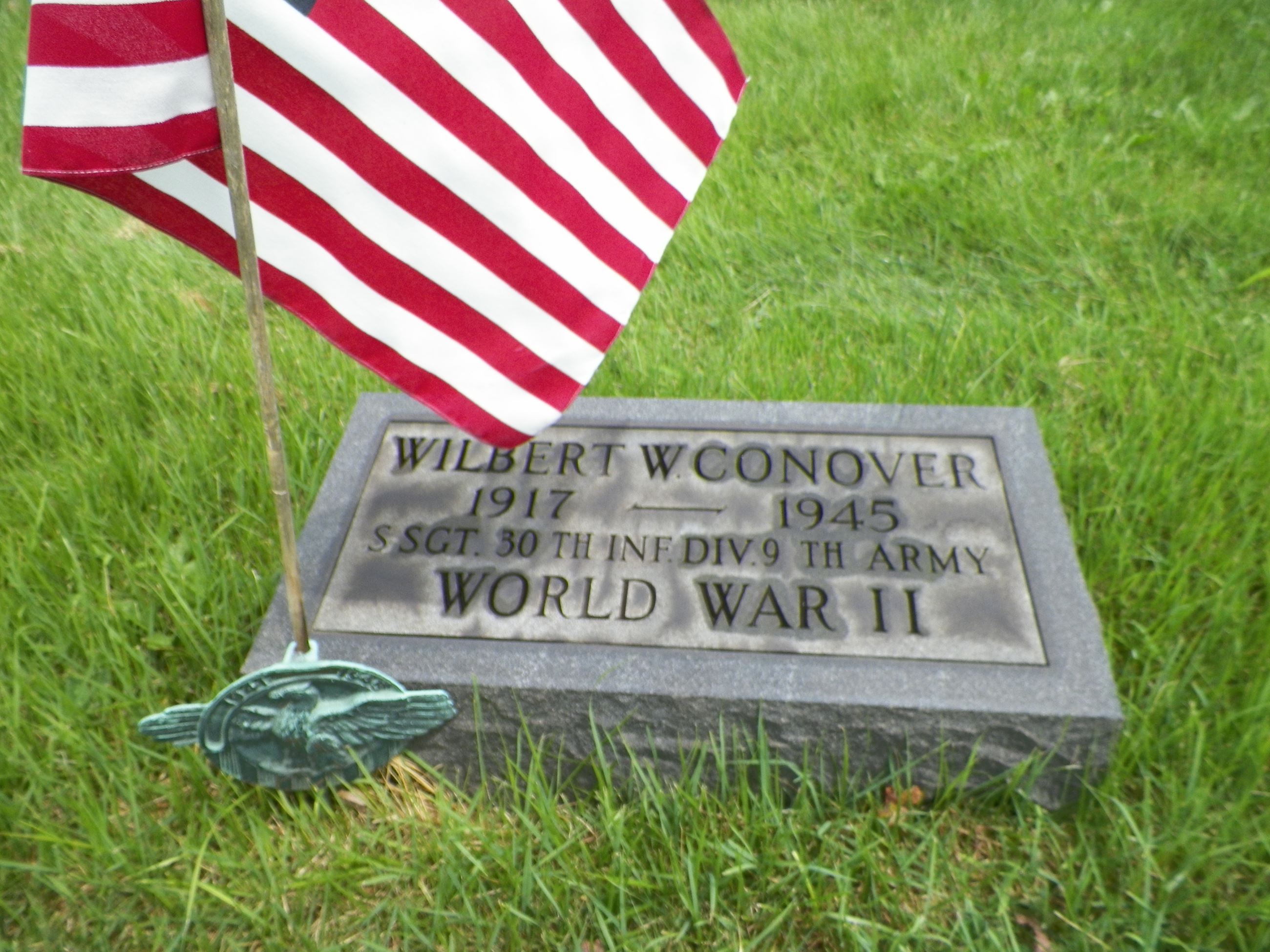