Charles William Eckels was born on August 11, 1924 to Charles and Alice Eckels who lived in Philadelphia. Charles was the oldest of three children.

Charles moved to Chester County at some point in his life.

Charles completed high school and worked as a statistician before deciding to enter the service. He joined the Army on July 18, 1942.

Private Charles William Eckels was killed In action on March 22, 1945 in Germany.

Charles is buried in the Saint Thomas the Apostle Church Cemetery, in Chester Heights, Pennsylvania. 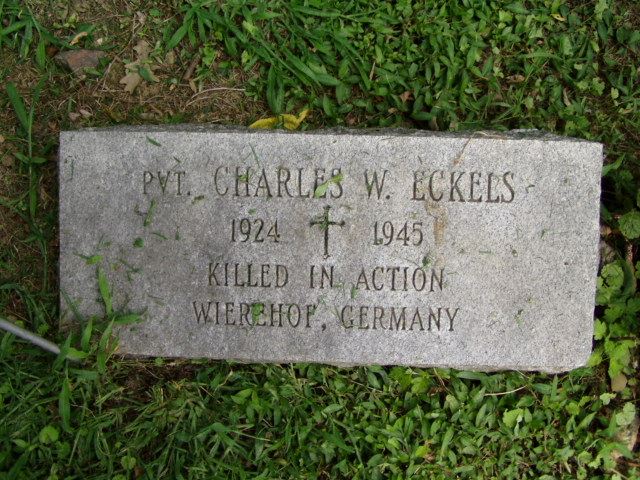