Charles Diemer Heckle was born on February 6, 1911 to Fredrick and Florence Heckle who lived in Philadelphia. Charles was one of seven children.

After moving several times, the family settled in Spring City, Chester County. After Charles graduated from high school, he got a job with the state highway department as a surveyor.

Charles entered the service on May 8, 1941. In October 1943, he married Mary Diener at Camp Bowie, Texas. Later that year, Charles was shipped overseas to the European Theater of Operations, joining the 66th Field Artillery, of the 4th Armored Division.

Tech Sergeant Charles Diemer Heckle was killed in action on September 1, 1944 in France. He died from wounds suffered in a bombing raid.

Charles is buried the Zion Lutheran Cemetery in Spring City. 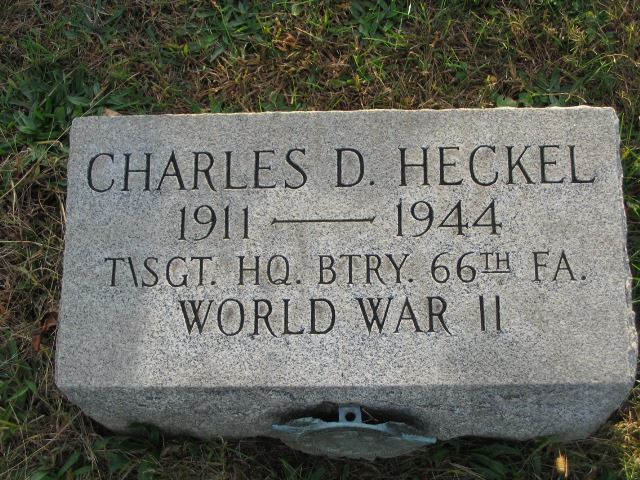