Olin S. Irey was born in April 1,1916 to George and Ester Irey  who lived in Phoenixville, Pennsylvania. Olin was the middle born of three children. His father died when he was young, and the family lived with relatives in Royersford.

Olin graduated from Spring City High School in 1936. After graduation, Olin found employment with the Jones Motor Company, a dealership which sold Packards and Nashes. He later worked for the Cann and Saul Steel Company.

Olin married May Ruth Overdorf of Pottstown on July 23, 1938.  They resided in Spring City, and had three children: Barry, Diane, and Dennis.

Olin was attached to the Headquarters Company, 2nd Battalion, 104th “Timberwolf” Infantry Division. His division shipped overseas to the European Theater of Operations in late August, landing in France beginning on September 7th.

In early December, the Germans staged a massive surprise attack driving a spearhead through our lines attempting to split and conquer the Allied Forces. This battle became known as the Battle of the Bulge after the huge bulge it created in our front lines. Irey’s division successfully defended their sector in the Duren – Merken area in very heavy combat.

Corporal Olin S. Irey was Killed In Action on January 30, 1945, in Guisengen, Germany. He died from being struck by grenade fragments to the back of his head. His wife, May, received the government telegram on Monday February 12th.

Olin was buried in a military cemetery in Hamm, Luxembourg.  After the war, his remains were returned for burial in his home country on board the Army Transport Lawrence Victory. This was the same ‘funeral ship’ which also transported the remains of heroes Charles Garvine and Edward Stott.

Services were held on September 4, 1949 in Parkersford with interment at the Fernwood Cemetery in Royersford.

He was survived by his wife, May, and their three children: Barry 8 years old, Diane 7, and Dennis, 5 at the time of his burial. 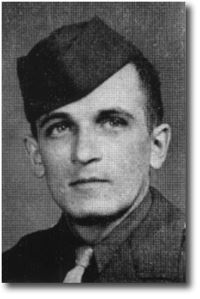