John H. Jones Jr. was born on January 18, 1898 to John and Agnes Thomas who lived in Newlin Township, Chester County.  He was one of three children.

John did not attend school but he was able to read and write.

John entered service in the Army on October 28, 1917 serving with the 822nd Transportation Company.

A the age of 53, John registered for the draft to fight in World War II.

Corporal John H. Jones Jr. died non battle on November 12, 1948 and is buried at the Mount Calvary Cemetery, in Oxford. 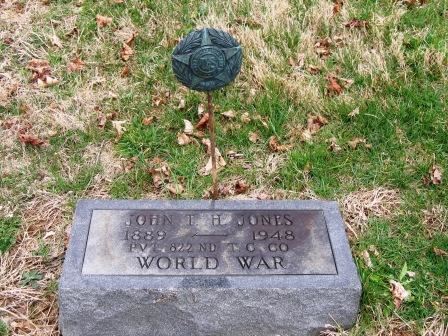