Roland R. Mulvaney was born on October 18, 1919. He was an only child. His mother died when Roland was very young. The family moved to a farm in Highland Township when Roland was a child. His father worked as a lumberman at a local sawmill.

Roland joined the Army Air Forces in March, 1943. He received training in Montana, Canada, and Minnesota. He returned home on leave for Christmas in 1943 – the last time his father saw him. His last letter home was from Minneapolis the following July.

Roland worked with war dogs, training them as artic rescue dogs. War dogs played a vital role in helping servicemen in the front lines, as well as aiding in rescue. A photo of Roland and Major Westover the Alaskan Rescue Unit Commander, appeared in the Philadelphia Inquirer on August 27, 1944 (see  below). They were training Huskies to parachute into arctic areas for rescue, called Parapup Rescue Units.

PFC Roland R Mulvaney died non battle on August 13, 1944 due to drowning. His father received the telegram on Tuesday August 29th, which read:

“The Secretary of War asks that I assure you of his deep sympathy in the loss of your son, Pfc Roland R. Mulvaney. A report received states that he died on August 13 in British Columbia, Can. as a result of drowning.” 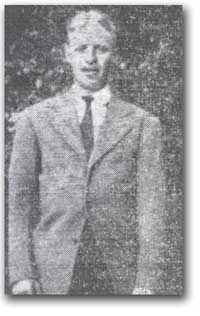 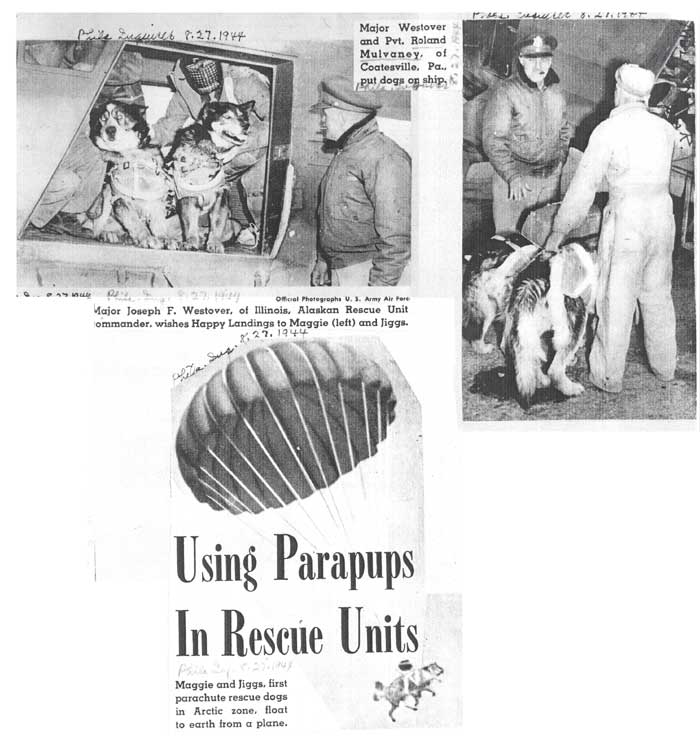