Peter James Osisek was born on September 21, 1921 and grew up in  Phoenixville, Pennsylvania with eight siblings. Peter attended the Phoenixville High School. His class yearbook records:

“Pete” is one of the rather quiet students but he makes it up in wit. He is quick to express his opinion on any question.

Peter graduated in 1940, and obtained employment with Baldwin Locomotive Company in Eddystone, just outside of Chester City. Baldwin was the largest manufacturer of train locomotives in the US, and perhaps the world. Between 1931 and 1954, the company manufactured 75,000 locomotive engines.

Peter was inducted into the Army on July 16, 1942. He received training at Camp Forest Tennessee and was assigned to an anti-tank Company in the 316th Infantry, promoted to the rank of Sergeant. Peter was selected to attend Officer Candidate School at Fort Benning, Georgia, from which he graduated as a 2nd Lieutenant in March 1943. After graduating, Peter was sent overseas to the European Theater of Operations in July.

Lieutenant Peter James Osisek was Killed In Action on October 13, 1944, in Italy. Peter was buried in a local military cemetery. In 1948, he was returned to his home country. A Solemn High Requiem Mass was celebrated at Sacred Heart Church on December 3, 1948. Interment was with full military honors at the Sacred Heart Cemetery. Color guard was provided by local veteran’s organizations; a firing squad and bugler came from the Valley Forge General Hospital.

His brothers, Paul and George also served during the war. 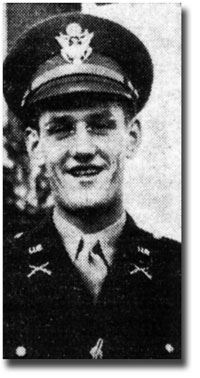