Edward M. Paup was born on June 1, 1919 and grew up in Downingtown, Pennsylvania. He was one of four children. His family later moved to Honey Brook. After school, he found employment with Bolich Coal and Lumber Company. He was a member of St. Mark’s Episcopal Church.

Edward enlisted in the Army Air Corps in August, 1942. After training, he was shipped to England to serve with the Eighth Air Force in September, 1943.

His brother John, who was also serving in the Army, was wounded and evacuated to England. Edward visited his brother in the hospital in February, 1945.

Corporal Edward M. Paup died non battle on March 21, 1945 in a vehicle accident in England, while on duty. Edward was buried locally at the Cambridge American Cemetery.

In 1948, Edward was returned for burial in his home country. On July 25, 1948 a service was held. with the  Honey Brook American Legion Post 422, and the Honey Brook VFW Post 5997 participating as guards and rendering honors. Edward was buried at the at St. Mark’s Episcopal Cemetery with full military honors. 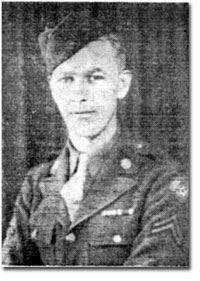