David (Demetris) Peter Zazillo was born on November 9, 1924 to George and Catherine Zazillo who lived in Phoenixville, Pa. David was one of six children, including five sisters.

David’s mother passed in 1937.Afterwards, he lived with his sister Anna and her husband, Samuel Minnick, in Norristown where found employment with Anthony DeMeno.

David entered the Army on May 13, 1943.  After basic training, he was sent to the European Theater of Operations and assigned to the 143rd Infantry Regiment, 36th Infantry Division.

The 143rd was part of the landings at Salerno, on the southwestern coast of Italy. David's regiment advanced north and was involved in the Battle of San Pietro and the Rapido River crossing. David’s regiment then landed at Anzio to reinforce the Fifth Army in moving north to liberate Rome, which fell on June 5, 1944.

The 143rd then moved to southern France for the drive north towards Germany.

Private David Peter Zazilla was Killed In Action on January 23, 1945 in France. He is buried at the Epinal American Cemetery Dinozé, France. 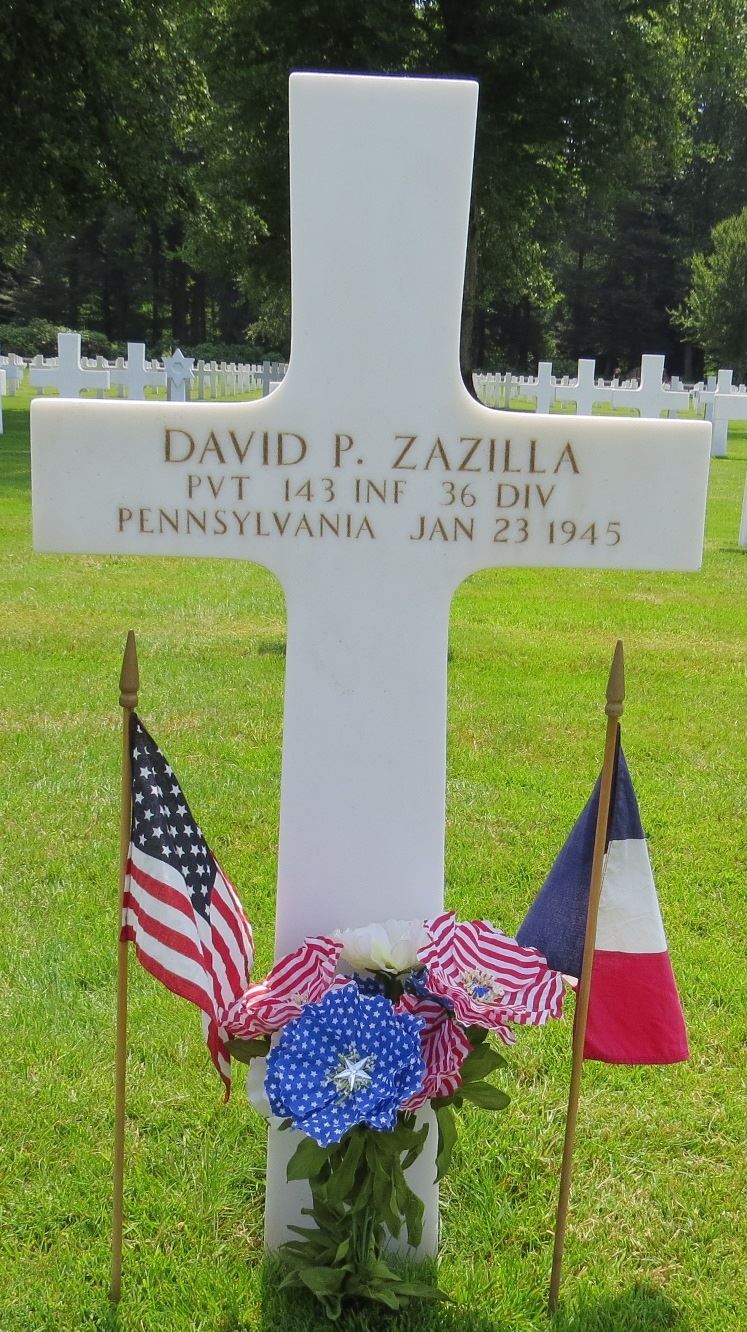