Mario joined the Marine Corps July 20, 1941 and served in the Pacific Theater of Operations. He married Florita V. Demaio on June 12, 1943.

Mario’s parents received a telegram from General AA Vandergrift of the Marine Corps informing them that  their son has been killed in action on October 25, 1944 in the Central Pacific area - most likely Leyte Island, the most prominent combat action ocurred there during the time of his death.

A military mass was held at Our Lady of the Rosary Catholic Church on November 11, 1944.

His brother James served in the Navy during the war. 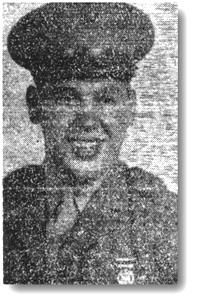