Louis James Colona was born on February 18,1921 to Joe and Margaret Colona who lived in Malvern, Pennsylvania. His parents were both from Italy and came to America to start their family. His father was a stonemason. Louis was one of six children.

Louis graduated from Berwyn High School in 1939. He was a well known athlete - he played football, basketball and track. Louis was a member of the Hungarian-American Club in Phoenixville, and worked at Westinghouse Electric Company in Philadelphia.

Louis joined the Navy on August 21, 1943. He received basic training in Bainbridge, Maryland; and ship fitters and metal smith school at Great Lakes Training Station, Illinois as a Fireman (tending to ships boilers which created steam for propulsion). 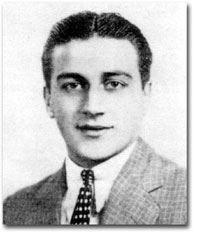 Louis serve on board the Essex Class aircraft Carrier USS Bunker Hill  CV-17. The Bunker Hill, commissioned in May 1943, sailed to the Pacific to become part of the fleet of fast carriers, moving forward across the ocean defeating the Japanese. Louis’s ship participated in carrier operations against Rabul, the Gilbert Islands, and supported landings on Tarawa in November, 1943. The Bunker Hill also was involved in strikes against the Bismark Archipelago, Marshall Islands, Truk (main enemy  Naval Base), Marianas, and Hollandia. His ship was in the Battle of the Philippine Sea, (also known as the Great Marinas Turkey Shoot) in June, in which the Japanese lost 480 aircraft and three aircraft carriers. Louis’s ship also participated in strikes at Okinawa, Luzon, and Formosa (Taiwan), Iwo Jima, Honshu and Nasei Shoto. While supporting the landings on Okinawa, on the morning of May 11, 1945, the Bunker Hill was hit by two Japanese Kamikaze aircraft. Suffering considerable  damage, 346 crew members were killed (including Louis), 246 wounded and 43 missing. Fireman 1st Class Louis James Colona was Killed In Action on May 11, 1945. He is remembered on the Tablets of the Missing In Action or Buried at Sea at the Honolulu National Memorial in Hawaii. He was awarded the World War II Victory Medal, Purple Heart (posthumously), Presidential Unit Citation with Bronze Star, and the Asiatic Theater Campaign medal.