William H. Cunningham was born on July 17, 1914 to William and Caroline Cunningham who lived in Tredyffrin Township, Pennsylvania. William was the youngest of three children. His father was a carpenter.

William, whose nickname was ‘Fox’ graduated from Tredyffrin High School in 1932. The school yearbook describes him:

When Fox sits in class, he seems to be constantly amused. Indeed, after the twinkle in his eye becomes pronounced, we are sure of soon hearing some humorous remark which will be followed by his own hearty laugh. But Bill has other characteristics beside humor;  one of these is interest in his studies which evinces itself in that concentrated frown which he is sometimes seen wearing.

William enlisted in the Navy in September, 1943. After basic training, he was assigned to the new destroyer USS Nelson DD-623. The Nelson was commissioned in November, 1942 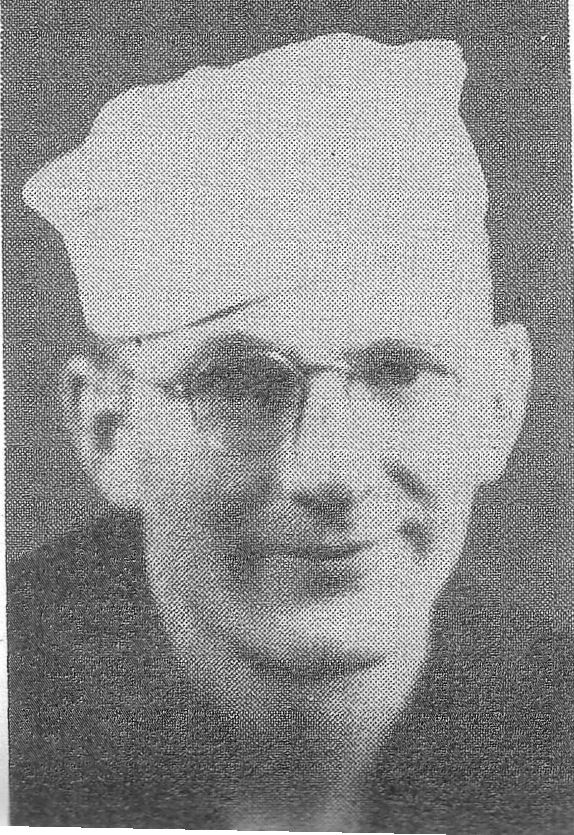 William's ship escorted crucial convoys in the North Atlantic protecting them against the dreaded German U-boats during the winter of 1943 and early 1944. In May, 1944, the Nelson sailed to England for the coming Normandy invasion. On May 24th, while William’s ship was moored next to a tanker at Plymouth harbor the port propeller and shaft became fouled with a mooring buoy, causing extensive damage. When she was dry docked for repairs, damage was found to be beyond repair, and her one propeller was removed. But the need for ships for the Normandy landings was so great, the Nelson was sent to Normandy with only one propeller. The Nelson arrived at Omaha Beach Normandy on June 8th, serving on the “Dixie Line”  guarding against enemy submarines and E-boats (German PT style fast boats). That night she was attacked by an enemy Glide Bomb, which missed and exploded off her starboard quarter. On the night of June 8th and 9th, the Nelson, along with other destroyers, defeated and attacked three  German E-boats, two of which were sunk. On the evening of June 12th, the Nelson radar detected a contact approaching. Challenging the contact by radio and signal light (friend or foe) they received no response and opened fire. The single contact grew to three contacts. The Nelson was hit by an enemy torpedo which blew off the stern of the ship. Twenty-four of her crew died or went missing. The ship survived, but William did not. Seaman 1st Class William Henry Cunningham II was Killed In Action on June 12, 1944. He was buried in a local military cemetery. In 1948, his body was returned home for reburial in his home country. Services were held at the Mauger funeral home on July 24th. He was buried with military honors at Grove Methodist Cemetery. William was survived by his wife Veronica, and by his 5 year old son, William H. the 4th.