Ralph C. Reynolds was born on January 23, 1921 to Ralph and Sarah Reynolds. Ralph was born in Coatesville and lived there until his family moved to South Langhorne. Ralph was known as "Tookey" to his classmates at Scott Senior High school. Previous to being called for service he was employed at Lukens Steel Company as a crane operator.

Ralph entered the Navy in August, 1942, and took his "boot" training at Sampson, N Y. His final rank was Aviation Radioman, Third Class, USNR. He was assigned a bombing squadron on the Essex class aircraft carrier USS Bunker Hill (CV-16) which was part of our fast Carrier Task Forces. As such, Ralph saw considerable action in the Southwest Pacific, especially raids against the Japanese fortresses of Rabaul and Truck.

Aviation Radioman 3rd Class Ralph C. Reynolds was Killed In Action on Christmas Day, 1943 in a battle at New Ireland. Ralph was performing as a rear gunner on a Navy Grumman TBM Avenger plane that took off on a torpedo bombing mission. A purple heart was posthumously awarded along with a citation from C. W. Nimitz, Admiral, U. S. Navy, that read: 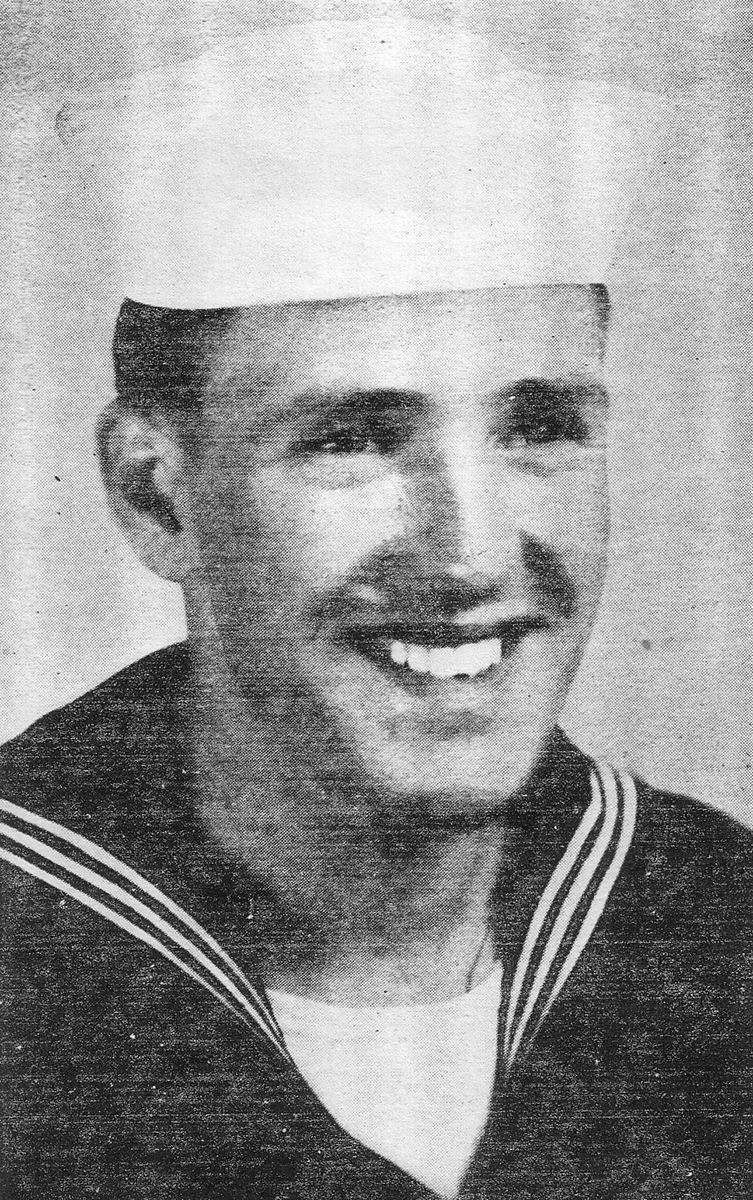 Ralph C. Reynolds "For meritorious and efficient performance of duty as a radio gunner of a torpedo plane during a strike against enemy shipping in Rabaul Harbor, New Britain island on November 11, 1943. Reynolds successfully defended the plane in which he was a crew member against determined enemy fighter opposition during a torpedo attack on a heavy combatant ship. His outstanding courage and skill contributed materially to the success of the attack. His conduct throughout was in keeping with the highest traditions of the United States Naval Service, and the wearing of the commendation ribbon is hereby authorized."

The award and citation were graciously received by Mr. & Mrs. RalphReynolds. Ralph is listed by the Navy as missing in action or buried at sea; his name is honored on the Tablets of the Missing at Manila American Cemetery, Manila, Philippines.