Thomas A. Hertzler was born on June 15, 1929 and grew up in Modena, Pennsylvania. His father was employed with the Beach and Arthur Paper Company in Modena, where Hero William Ammon also worked. He was the oldest of three children.

Thomas was a member of the Hephzibah Baptist Church and a member of Boy Scout Troop 42. He attended the S. Horace Scott High School but left after completing 11th grade and to join the Army in August, 1949. After basic training, Joseph was sent to Korea on July 30, 1950 and assigned to Company B, 3rd Battalion, 31st Infantry Regiment, 7th Infantry Division, serving in the unit’s telephone communications.

North Korea had without warning invaded South Korea on June 25, 1950; quickly capturing South Korean’s capital Seoul. They pushed US occupation forces back, forcing them into the “Pusan Pocket” or Perimeter, trying to push them into the sea. 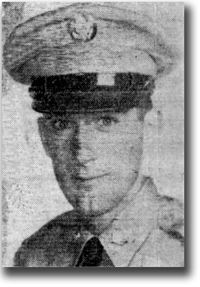 At the time the 31st Infantry Regiment was stationed in Japan as an occupation force and to keep the Soviet Union in check (from invading Japan).  The 31st, like all regiments and divisions were grossly undermanned due to downsizing after World War II.  Regiments were stripped of personnel to be sent to reinforce our depleted forces in Korea which were suffering heavy casualties. Thomas was one of the thousands of replacements that were rushed to Korea. On September 15th the allied forces staged a major amphibious landing behind enemy lines at Inchon with the 7th Infantry Division, 1st Marine Division and Republic of Korea (ROK) forces. The landing cut off the North Korean supply lines, forcing them to disengage around the Pusan Perimeter.  This eventually led to a rout of the enemy forces which were pushed back into North Korea to the Chinese border. On November 1, 1950 the Chinese Army staged a massive attack across the border, essentially routing Allied Forces. The enemy forces pushed the Allies south, again capturing Seoul. US forces eventually stopped the enemy and slowly advanced north to the 38th parallel, occupying some parts north of the line. During that time, Thomas was hospitalized for a month due to frostbitten feet. He anticipated a furlough but was immediately returned to duty. In January, 1951 he suffered an attack of pneumonia and was again hospitalized, then returned to duty. In May, Thomas wrote his parents of his upcoming rotation home in August. In a letter dated July 30th, he wrote that he would be rotated home on August 4th. Private First Class Thomas A. Hertzler was Killed In Action on August 8, 1951 in North Korea - four days after he was scheduled to return home. His parents received the telegram notification from the Defense Department on the evening of December 8, 1950. Thomas’s remains were returned to his home county on board the USS Allegheny Victory with the bodies of nearly 600 soldiers from Korea. A memorial service was held at the Hephzibah Baptist Church on September 30, 1951. Representatives of the Boy Scouts, the YMCA and East Fallowfield School district participated in the service. Burial with full military honors was at Arlington National Cemetery on December 7th. Members of Boy Scout Troop 42 were transported to Arlington by a bus offered by Ernest Reeder owner of Reeder bus service.