Paul attended Scott High School.  He worked for a short time at the local Producers’ Cooperative Exchange and Chertok’s furniture store before enlisting at age 17.

Pvt. Ford was attached to the First Division of Marines and began service inJanuary 27, 1950. He left the US on September 2. Members of his family said his last letter home was written while aboard ship. He wrote that he thought he was being shipped to Korea. Word was received from the US War Department on November 13, 1950 that Pfc. Paul Leon Ford, 18 years of age, Died of Wounds suffered from fighting in Korea. His death was listed as November 6, 1950.

The tragedy of war had struck his family a second time - Paul's brother, Hero Walter L. Ford, was killed while fighting in Italy in October, 1944 during World War II.

Four years after his death, Paul's body was shipped home from the Military Mortuary at Kokura, Japan. The funeral, with full military honors, was held at the Roberts Funeral Home with interment at the Fairview cemetery. 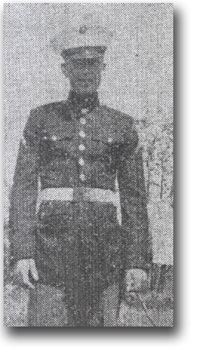