Charles Horton Eubank was born on December 17, 1948, to James and Evelyn Charles Eubank who then lived in Amarillo, Texas. Charles was one of three children. When Charles was born, his grandparents on his mothers side, George and Bessie Reinhart, came to help with the children while Evelyn recuperated. His grandmother took care of the newborn, and his grandfather took care of the twins. They asked if a name was chosen for their baby, which had not. His grandmother suggested Charles for his great grandfather, and Horton after his grandfather’s middle name.

Charles graduated from the Valley High School, in Valley Station, Kentucky in 1967, where he played baseball and basketball. He attended the Valley Christian Church, and played on their softball team. Charles at 6' 5" was known as happy go lucky, dependable, quiet, but loved to tease.

The family moved to Chester Springs, Pennsylvania, in June, 1967. The family took day trips around the area, favoring the Amish area of Lancaster. Viewing the immaculate farms, and expansive green fields, James swore he never would return to the barrens of Texas.

Charles obtained employment with John F. Bubel, Inc. masonry contractors in 1967. The owner, Mr. Bubel, was a graduate of Williamson Trade School where Hero William Taylor graduated. Mr. Bubel recounted that Charles was a hard worker, and dependable. He often would arrive early to prepare stock for the days work. Charles met good friend, Paul Brannon, a pastor in training, while working for the Bubels.

Charles enlisted in the Army on July 7, 1969, during a period in which many were dodging the draft. His mom said, “He felt he should serve his time, just like the rest."  He received basic training at Fort Jackson, South Carolina, and received advanced training at the communications center at Fort Gordon, Georgia. He returned home to visit his family for a 20-day leave. He also visited Paul Brannon who had moved to Hayes Center, Nebraska. Charles was notified that he was going to Vietnam. His mom recounts: “When he was notified that he would be going to Vietnam, he was not particularly overjoyed to go in that direction, but he was willing to go wherever they sent him.” 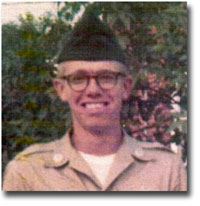 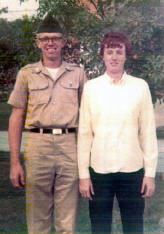 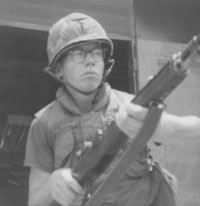 Charles reported as ordered on March 24, 1970 and was assigned to the Army Overseas Replacement Station at Oakland, California. He was immediately shipped out and would serve as a “Criticom Operator” in Vietnam. Critcom Operators served in the Radio Research Communications Unit Vietnam (RRCUV) whose mission “was to operate and maintain a Communications Relay Station (CRS) within the Critical Intelligence Communications Net (CRITICOM) and to insure the expeditious receipt, processing, and transmission of all traffic from and to other relay and tributary stations within the CRITICOM net. The unit also served as the traffic control station for all CRITICOM stations in Vietnam.” These units involved secret electronic eavesdropping on enemy communications, often working with the CIA. For security, the participants were often officially assigned to fake or non-existent units, such as the 509th Transportation Detachment, to which Charles was ‘assigned’. Charles was instructed to remove all identifying patches from his uniform before going to Vietnam.

Charles served with a Criticom unit in Bien Hoa, Dong Nai Province, a major military base about 20 miles east of Saigon. In his off hours, he worked with a pastor at a local church.  On May 21, 1970, a deranged fellow soldier shot Specialist 4th Charles Horton Eubank to death without warning. The Army sent two 2nd Lieutenants to notify the family. Neighbors informed them that Charles parents were at a family reunion. The Lieutenants had orders to give notification that day, and tracked down his parents at the reunion to deliver the dreadful news.  A service was held on June 5, 1970 at the Alleva Funeral Home. Charles' friend, Rev. Paul Brannan and the Rev William Kearse from the 1st Baptist Church of Berwyn, conducted the service. Charles was buried in the Valley Forge Memorial Gardens with full military honors.