"I was born on 15 January 1935, in Plattsburg, New York. Being an Army brat, I moved a year later and have never again seen the place of my birth. I've had little happen to me since then of great significance, but I can relate a brief account of my family.”

"My father (John T. Lynch) was born in Mattapan, Massachusetts, in 1897 and attended the U. S. Military Academy, graduating in 1920. He met my mother (Julia Poillon) in 1926, and they were married two years later. Their first child, a girl named Jacqueline, was born in 1929. Six years later they had a son, by name Richard, upon whom this autobiography is based.”

"The first part of my life which I can clearly recollect took place in 1940, when my father received orders to “El Morro” (later renamed Fort Brooke), Puerto Rico. In those days the Army as well as the Navy ran its own ships. My main recollection about this trip was that we sailed in what was then considered to be the best Army boat afloat and what was later to be the first Army boat sunk in the war. I was only five years old at the time, but I can still remember vividly my first view of the gorgeous Caribbean Island. Since that time I’ve made many trips, but I’ve yet to see a sight as beautiful.” 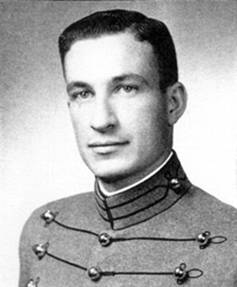 “The three years I spent in Puerto Rico were the most interesting years of my life. Our house was located on the ocean, and from my own window I saw a battle between a German submarine and some American ships, planes, and whatever else our forces could muster up. After such threats, we were evacuated early one morning to Florida, and then on to Petersburg, Virginia (my father's new station). No sooner had we gotten settled down than we moved to Fort Devens, Massachusetts, from there my father went overseas. My mother, sister, and I then went to Houston, Texas, where we remained until the war was over. In 1946, we were able to join my father in his assignment in Paris, France. I entered a French school and learned to speak French fairly fluently, but since then, to my chagrin, I have completely forgotten it.” "We returned to the States in 1948 and moved to the Richmond General Depot in Virginia. It was during this period that I began seriously considering following in my father's and great grandfather’s (Richard H. Poillon 1871) footsteps to West Point. The following year I entered Valley Forge Military Academy, mainly to familiarize myself with military life. I liked that type of life, so I remained at Valley Forge for my four years of high school, graduating in 1953.” “During my high school years, I was lucky enough to make three summer trips to visit my parents in Europe and to make four different athletic teams at school. My greatest honor at Valley Forge, however, was being elected to represent my company on the Honor Council, a copy of West Point’s Honor System. “Upon graduation from high school, I felt that I needed further academic preparation before entering USMA. Because of my years spent traveling, I lacked a sound basic background in English and Mathematics; therefore. I attended Hilder Preparatory School in Washington, D.C., for one year. I took the March ’54 exam at West Point, but failed the aptitude test by ten points. I thought my chances were gone for a year, but through luck I managed to get another appointment for the June test, which I passed and thus made my life-long dreams come true. At this point (July 1954), my autobiography must slow down and wait for time to tell the rest.”