John Lawrence Piersol was born on November 1, 1947 to John and Dorothy Piersol who lived in West Chester, Pennsylvania. The family later moved to Downingtown. John graduated from Downingtown High School in 1965.

John entered service in the Army and served in Vietnam in 1970. On a mission in August of that year, John was in a helicopter hit by enemy fire.

PFC John Lawrence Piersol was Killed In Action on August 26, 1970. An eye witnesses recorded the following:

I was in Co. E attached to Co. D and we were told to start loading the CH47 with all the ammo and mortar boxes on the LZ at Kham Duc. 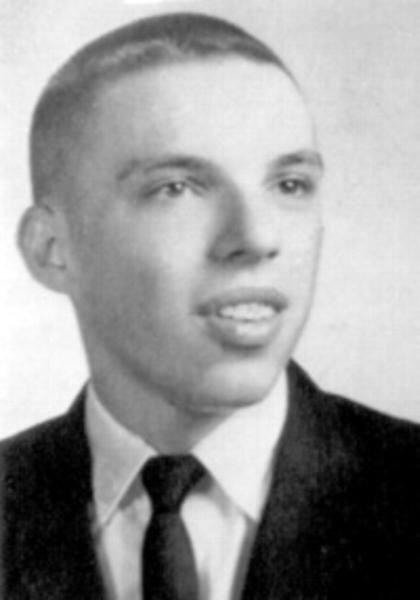 We heard that intel had it that we were going to get hit again like in ‘68. Anyway, we beat the CH47's to LZ Judy and unloaded our gear and started hauling it up the hill. The LZ was in a saddle below the hill. I remember a CH47 land and offload a platoon and another CH47 was in a holding pattern, waiting for everyone to clear the LZ. I was resting, looking across at the CH47 which was hovering about straight across from me when I heard AK 47 fire and it appeared to be hitting the chopper right below the front rotors. I heard maybe tens rounds. There's no mistaking AK fire when you're on the ground. I would have been on the right side of the chopper to the front and I could see the right side pilot looking out and down for a place to land. I could see that the saddle had not cleared out and the only place the chopper could go down was in the draw below the saddle. If he would have landed on the LZ he would have killed a lot of ground troops. I lost sight of the chopper when he went into the trees and could see debris flying including tree branches. I heard that two guys were killed from pieces off the blades but this was never confirmed. I remember looking at the guys on the LZ and they were all looking down into the draw and were heading down that way. After I heard the chopper hit, I don't remember how much time went by before the explosions started. I know that it burned for a couple of days