Dan Page Vannoy was born to R. Page and Louise Willis Vannoy on November 18, 1943 in Landenberg, Pennsylvania. Dan graduated from Avon Grove high school in  1962 where his interests included soccer, volleyball, chemistry club, his 1953 Ford, and most of all, horses. Dan was an accomplished equestrian and earned numerous ribbons and awards during competitive events. He attended  Western Carolina College, Cullowhee, N.C., for  three years before entering the Army.

Dan entered the Army in March, 1967. After completion of basic training and advanced individual training, with the Military Occupational Specialty (MOS 11B20) of Infantryman, he received orders to report to Vietnam. 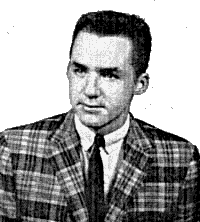 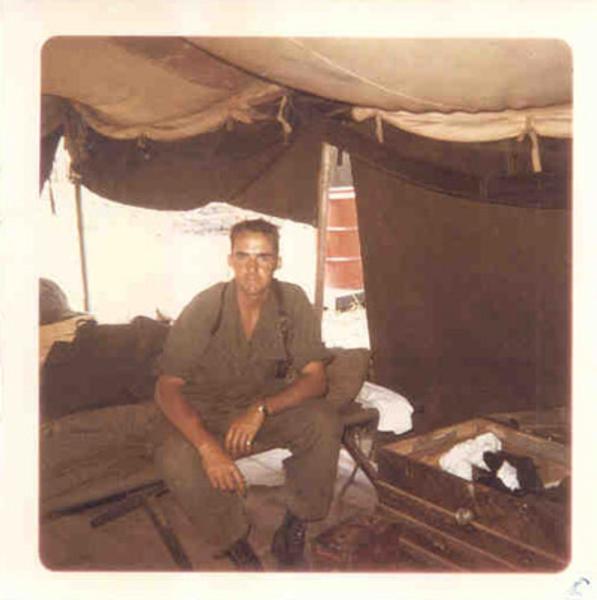 Dan joined Company "A", 2nd Battalion, 22nd Infantry Regiment (Mechanized), 25th Infantry Division on August 22, 1967. They were station in southern Vietnam. His unit proudly referred to itself as the "Triple Deuce". Dan was introduced to the fast-paced combat operations of the Mechanized Infantry.  In early May of 1968, Dan's division was tasked with protecting Provinces contiguous to Saigon and Cholon (the capital provinces) from infiltration by the North Vietnamese Army and the Viet Cong. By this time Dan had been promoted to Specialist Fourth Class (SP4). On May 13th, while the entire Battalion was clearing the main roadway from Go Dau Ha to the Hoc Mon Bridge, they were set on by enemy forces in the village of Ap Bau Dieu (see map below) In a house-to-house battle that lasted throughout the day. The battalion claimed 19 enemy dead and one prisoner. On that day, the 2-22 itself sustained an alarming toll of nine members killed and many wounded.

SP4 Dan Vannoy died as a result of multiple fragmentation wounds by either an enemy grenade or mortar round on May 13, 1968. Dan's parents were notified by the Department of Defense of his death on May 17th and his remains were returned to the United States for burial at the New London Presbyterian Cemetery on May28th.

May 13, 1968 also marked the first US and North Vietnamese delegation meeting at the Paris Peace Talks to discuss American withdrawal. 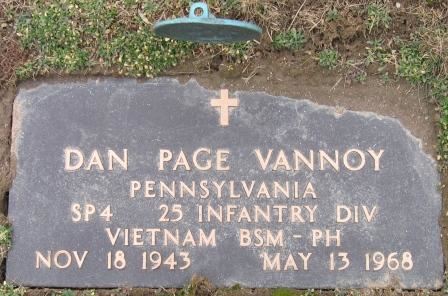