William A. Blewitt Jr., was born on March 4, 1950. His parents lived in Wayne, Pennsylvania.

William dropped out of Upper Merion High School to enlist in the Marines, but went on to earn his diploma while serving in Hawaii. While his unit was sent to Vietnam, William was sent to Okinawa to await his 18th birthday, and then to Vietnam. He was killed on June 19, 1968 and is buried at the Calvary Cemetery in Conshohocken.

Bruce Swander, a Vietnam Researcher contributes the following on the battle in which William was killed: 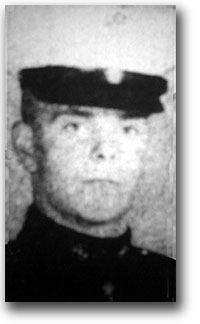 For years, the Viet Cong owned and controlled a small area of real estate ten miles southwest of the port city of Danang dubbed Go Noi Island. Technically not an island, when the monsoon season came the four nearby rivers would overflow and isolate the land – where fighting was so intense it became known as “Dodge City”. For two years the US Marines had tried to rout the enemy from the area – an effort that would continue for another seven years with mixed successes and high casualties on both sides. In June 1968, Operation Allen Brook was in full swing at Dodge City – with over 2.000 Marines sweeping through the area, trying to find hidden enemy bases, and climbing into the numerous spider-hole tunnels. The heat, coupled with carrying 60 pounds of gear, took its toll on the Americans daily, as did daily enemy encounters.  In the first two weeks of June, the 27th regiment lost 23 men – with no clear success of driving out the enemy. June 19th started as any other day. Two platoons from Bravo Company started their daily search/destroy mission into the No Goi Island arena. They came under heavy fire early that morning and were pinned down. A barrage of US artillery and helicopter support still didn’t soften the enemy resistance – and reinforcements were sent in to help, including platoons from Delta Company. 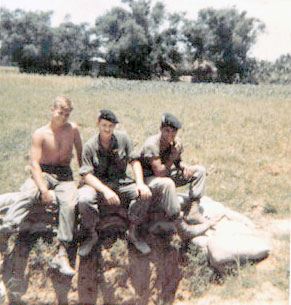 The battle would rage on all day, and it wasn’t until just as the sun was setting that the firing would subside. When the group took stock later that evening, six men had been Killed in Action, 18 were seriously wounded, and another 12 were incapacitated due to heat stroke. The fight at Bac Dong Ban would be the last major battle for the 1st Battalion under Operation Allen Brook (now dubbed Alien by the Marines) – they left the area and turned it over to the 2nd Battalion - who were greeted the first night with over 60 mortar rounds.
Notes: An administrative coding error had erroneously placed Private Willam Blewitt up in Quang Tri Province on his date of death. After locating lost USMC records, verification was made that he – and his ammo carrier for the machine gun – were both Killed in Action at Go Noi Island in Quang Nam Province. They were the only two casualties with Delta Company that day.