Louis Robert Fastuca was born on September 8, 1985 in Boston, Massachusetts, and moved to West Chester in 1998. Upon research we found the best information is contained in stories posted by local newspapers. Rather then editing and combining, we are presenting the stories with credit to their sources, which taken together offer a balanced tribute to our hero:

A soldier from East Goshen was killed during fighting in Afghanistan, the Department of Defense announced Tuesday. 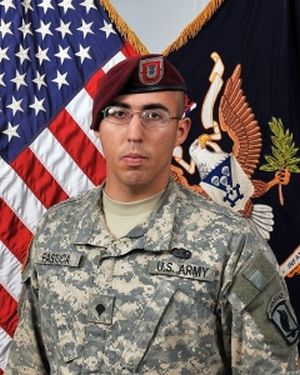 William Rogan Shaw, a friend of Fastuca's, remembered Fastuca as "one of the most kind, good natured characters you would be happy to meet. "He was so talented on so many levels," Shaw said. "I don't think he realized his abilities, but the Army helped him realize what he had. He was the type of person you wanted to be around because he was a good man."

Shaw said that he and Fastuca ate lunch together every day at Malvern Prep and served together in the school's liturgical music group.

Shaw said that Fastuca was engaged to Ashley Wilcox. "Lou made Ashley's eyes smile," Shaw said. "When she would talk about him while he was away, she would perk up and her eyes would smile. He made her happy, and she made him happy."

U.S. Rep. Joe Sestak, a retired three star admiral whose district includes Faustica's home, released the following statement following Faustica's death: "Today, I was reminded again of the greatness of our nation and the Commonwealth of Pennsylvania. I was informed that on July 5th in Abdulhamid Kalay, Afghanistan Specialist Louis Fastuca of West Chester, Pa., gave his life for us and for future generations of Americans.  By his courage and selfless sacrifice, Louis reflects what is truly great in each of us and our nation. I extend my prayers and thanks to Louis' parents for raising such a wonderful son and to his other family and friends who helped him grow into a strong good man. I offer my condolences and support to the Soldiers of D Company, 1st Battalion, 503rd Infantry Regiment, 173rd Airborne Brigade Combat Team who stood by Louis through the tough times as well as the good and will miss him deeply."

Sgt. Fastuca, 24, was killed Monday, July 5, in action in Warduk, Afghanistan, while serving with the 503d Army Infantry Regiment. He had been deployed to Afghanistan in December. He was promoted from specialist to sergeant posthumously and was awarded the Bronze Star and a Purple Heart. 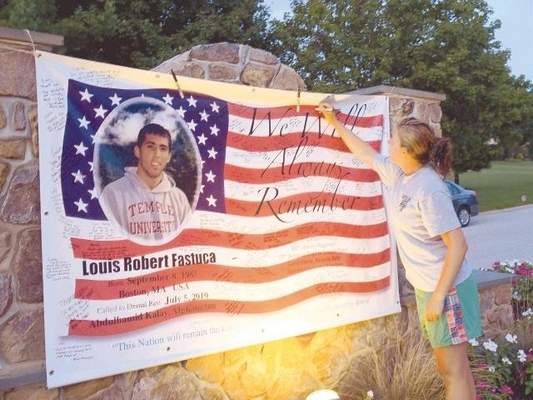 Sgt. Fastuca joined the Army in April 2006 and completed basic training at Fort Benning, Ga. His first assignment was with the Third Infantry (Old Guard), a ceremonial unit based at Fort Myer, Va. His family said he considered it a privilege to be in the honor guard at the Dec. 29, 2006, funeral of former President Gerald R. Ford at Arlington National Cemetery. A 2004 graduate of Malvern Preparatory School, he grew up in Boston and Pittsburgh before moving to West Chester with his family in 1998. At Malvern Prep, he played the piano for the liturgical-music group and was on the varsity ice hockey team. He also played ice hockey for the Delco Phantoms and basketball for the SS. Peter and Paul CYO. He attended Temple University for a year, where he played on the varsity roller hockey team. During summer vacations, he participated in community-service projects in Mexico, Appalachia, and Camden. Sgt. Fastuca is survived by his parents, Robert and Monette Fastuca; brothers Anthony and Joseph; and grandmother Mary Fastuca. 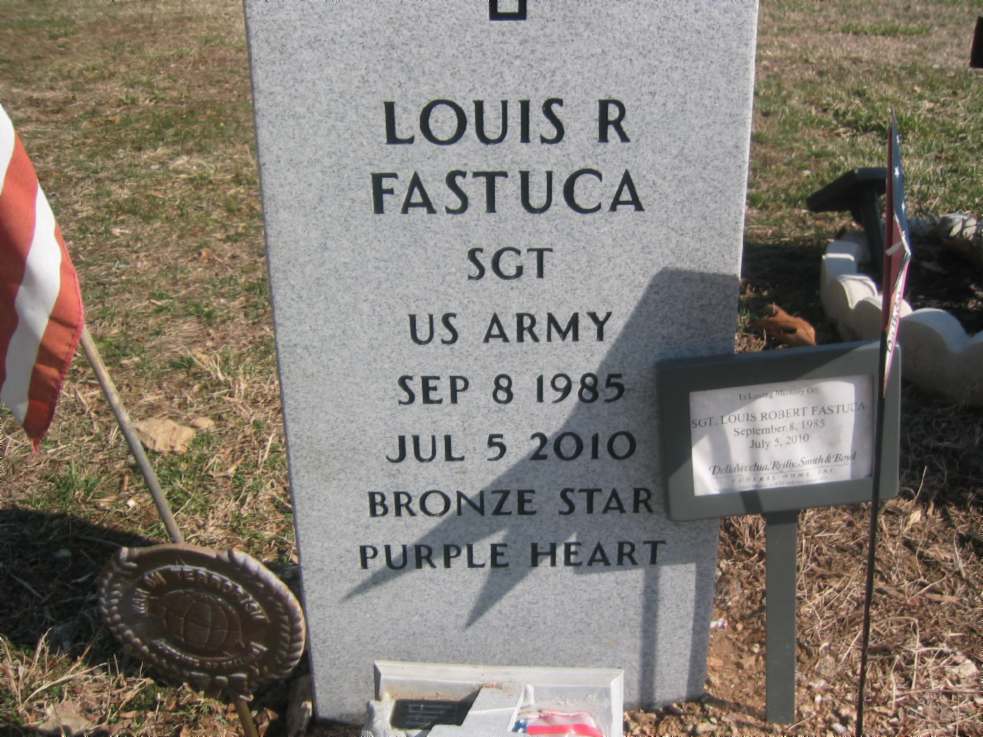