Brandon Michael Hardy was born on Sunday, March 8, 1981  to Warren and Jill Hardy of Cochranville, Pennsylvania. He was the oldest of four children.

As far back as can be remembered, Brandon loved cowboys. As a little boy, he would always wear cowboy boots and a cowboy hat. He always loved to play outdoors. Branden had the gift of gab and during his elementary school years, a few teachers would comment on his “socializing skills.”

As a youngster, he would love to play baseball with his maternal great-grandfather, Robert Myers, a WW II Army veteran. They would play for hours at the West Fallowfield Community Center playground.

Brandon attended the Community Bible Fellowship in Oxford. His faith was important to him, and was evident in his character make up.

At the age of 12, Brandon started to hunt and fish. He enjoyed hunting in the mountains of Centre County, PA and around his home in Chester County. He made several visits to see his Uncle John in Jackson Hole , WY that would ultimately become fishing trips. He was also a big Penn State Nittany Lion football fan.

Brandon graduated from Octorara High School in 1999. He then enrolled at  CAT-Brandywine Vocational Technical School in their Culinary Arts program. He was awarded the 1999 award for Outstanding Culinary Arts Co-Op Student. From his co-op experience, he worked at Country Gardens Restaurant  Brandon had a strong work ethic and always helped out around the house or giving a helping hand to anyone who needed it.

While watching news coverage of Desert Storm in 1991, Brandon decided he wanted to serve his country in the military. He never wavered from that decision. On July 6, 1999 he left for basic training in the US Air Force. He reported to Lackland Air Force Base in San Antonio, TX and graduated as a member of the Base Honor Flight on August 20, 1999. After basic training, and then technical training, he reported to his first duty station at Ramstein Air Force Base in Germany. He was stationed in Germany for two years and another three years at Fairchild Air Base in Spokane, WA. While serving at these duty stations, Brandon was deployed three times to the Middle East. He served in Saudi Arabia, Oman, and the United Arab Emirates. While in the Air Force in Germany he played soccer, baseball and rode bulls on the rodeo team.His baseball team competed in a tournament in England. While as a new Airmen, he had the opportunity to be able to bring in the new millennium at the Eiffel Tower in Paris, France. He was also selected to be part of the Order of the Sword Ceremony to honor Five Star General John P. Jumper. 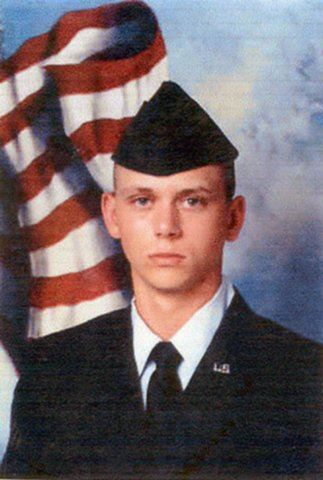 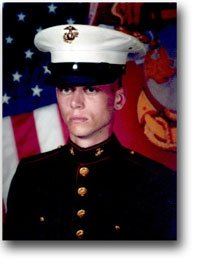 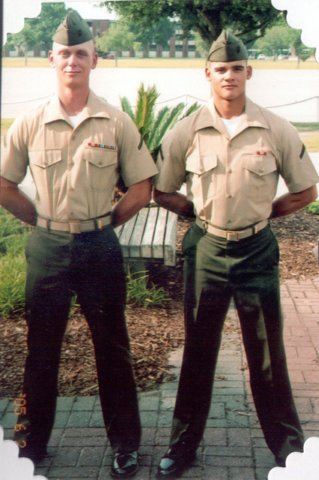 In an unusual move, Brandon decided to forgo his rank and pay, and to basically start over, and enlist as a member of the US Marine Corps. Brandon left for Marine Corps Recruit Depot, Parris Island, SC on January 18, 2005. During the course of his basic training he fell ill with a serious case of double viral pneumonia. He was hospitalized for four days. He spent another six weeks recuperating in a medical unit. After a medical clearance he was able to continue his training and graduated on June 3, 2005. Also graduating that day was another Marine named Derrick Cothran from Avondale, LA (pictured at left). Their friendship would continue long into their military service

After advanced infantry training at Camp Geiger, NC, Brandon moved on to Camp Pendleton where he graduated top of the class at the Amphibious Assault Training School. He was a crew chief of an amphibious assault vehicle. He was assigned to the 3rd Assault Amphibian Battalion, 1st Marine Division, I Marine Expeditionary Force  . While on pre-deployment leave in February, 2006, Brandon proposed to his girlfriend, Samantha DiGrazio while attending a Trace Adkins concert. They were to be married in January, 2007 upon Brandon’s return from Iraq. Brandon loved being in the military and served with honor and pride. He was passionate about the freedom of his country. His mother, Jill, recollects, once while home on leave from the Marine Corps, he showed her a statement from his Marine Corps manual. It said, “I am an American, fighting in the armed forces which guard my country and our way of life. I am prepared to give my life in her defense.” He said to his Mother, “This is me, Mom, this is what I feel.”
Brandon was deployed to Iraq on March 27, 2006. His unit, 3rd Assault Amphibian Battalion, was now attached to 3rd Battalion, 3rd Marines. At this time, Brandon finally felt he was doing what he was called to do. Brandon called home and once talked of the children of Iraq, especially one five-year-old named Raja. He wanted to bring her home with him. On April 15, 2006, while serving with the Scout Platoon of the 2nd Tank Battalion, 2nd Marine Division, II Marine Expeditionary Force, in Anbar Province, Brandon’s boot camp friend, Lance Corporal Cothran, along with three other Marines, were killed by an IED (Improvised Explosive Device) while patrolling in a Humvee vehicle. Derrick Cothran was laid to rest in New Orleans, LA on April 28, 2006.  On that same day, in the early morning hours, at the Haditha Dam area in Anbar Province, Iraq, Brandon was on an aid and assist mission. His section was sent out to retrieve a disabled vehicle. After the mission was accomplished and the team now returning to base camp, the vehicle in which Brandon was a passenger, struck an IED. Three of the five passengers of the Humvee were mortally wounded. Corporal Brandon Hardy was Killed In Action, along with two other Marines, Sergeant Lea R. Mills, Brookville, FL and Sergeant Edward G. Davis III, Antioch, IL. Sergeant Davis was posthumously promoted to Staff Sergeant.
Read a touching remembrance by Brandon's friend,  Sergeant Nick Goodwin 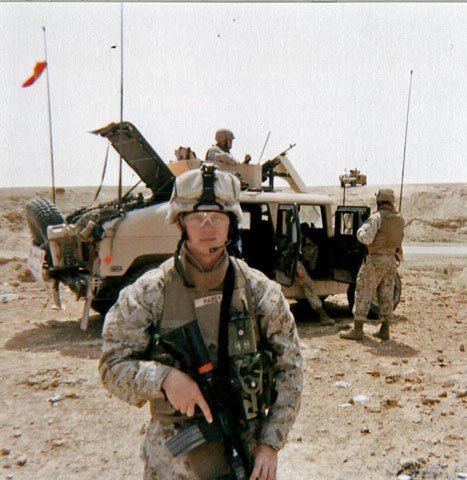 Today there is a Corporal Brandon M. Hardy Memorial Scholarship Bike Ride held annually. There is also a Scholarship presented in his name by the Chester County Detachment of the Marine Corps League to a member of Coatesville Area High School’s ROTC program.

As a member of the Marine Corps Brandon received the following awards: 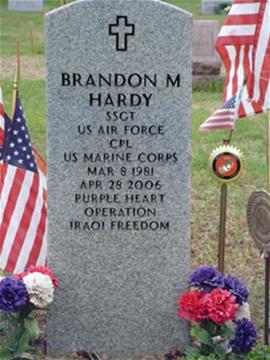