Daniel Robert Verbeke was born March 3, 1983 in Arlington Heights, Ill, to Robert and Melanie Verbeke. Daniel and his family moved to Downingtown, Pennsylvania in 1988. Dan graduated from Owen J. Roberts High School in 2003.

Daniel joined the Navy in 2004. He received training as a Aviation Boatswain Mate, advancing to the rank of Petty Officer 3rd Class. He was assigned to the Aircraft Carrier USS Theodore Roosevelt, CVN-71 on which he served 15 months before the incident described below occurred on December 5, 2005 in the Persian Gulf during combat operations.

Portions of a story posted by Amy McCullough of the Military Times are shared below and best describe the incident and the aftermath: 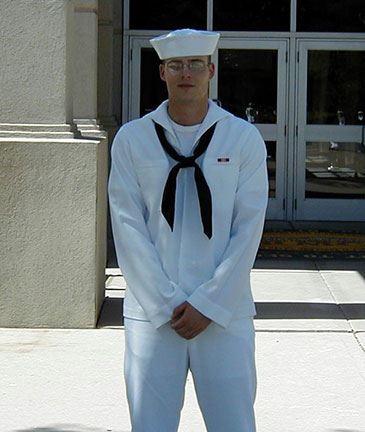 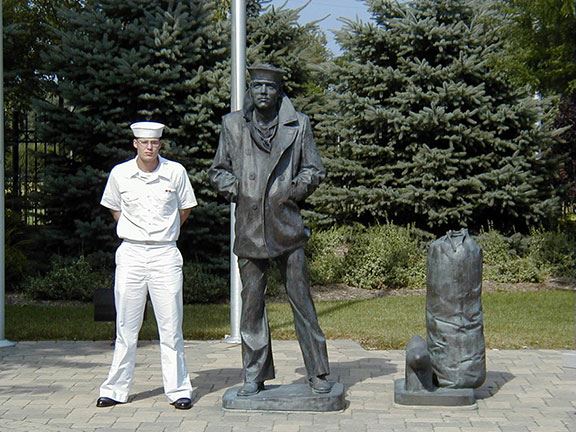 A 25-year-old sailor from Pennsylvania died Monday from injuries sustained aboard the carrier Theodore Roosevelt more than two years ago. Aviation Boatswain’s Mate (Equipment) 3rd Class Daniel R. Verbeke, of Exton, Pa., was doing emergency repairs on one of the carrier’s arresting wires on Dec. 5, 2005, when a hydraulic failure blasted the side of his neck with 50,000 pounds of pressure, his father, Robert Verbeke, said in a telephone interview Monday. The blast threw him backward into a beam inches from his head. The accident left the sailor a quadriplegic with traumatic brain injury, a collapsed lung, fractured vertebrae and fractured ribs. “He was comatose and as I understand it, his shipmates carried him out of the space with tears pouring down their faces,” Robert Verbeke said. The ship was in the Persian Gulf at the time. The sailor was immediately flown to Kuwait and later to Balad Air Base, Iraq, where doctors performed the first of many surgeries.
The craniotomy, surgery on the skull, released the pressure inside the cranium. “That’s what saved his life,” his father said. Still, Verbeke could not eat, drink or speak on his own. Recently, he began saying small words, such as “uh-huh, all right, yes and no.” He was even able to tell his father “I love her,” after hearing his sister’s voice on the phone. Robert Verbeke, also a Navy veteran, said the support from the Theodore Roosevelt crew has been “incredible,” saying Daniel made progress every time his shipmates visited. A funeral service was held in Exton July 17, 2008. Daniel is buried at Philadelphia Memorial Park. Daniel was survived by a daughter, Savannah.
Daniel was the recipient of the Navy/Marine Corps Achievement Medal.

In an interview for the Washington Post Legacy Project, Chaplain Gary Taylor remarks that one of Daniel R. Verbeke's pick-me-up methods was hugging his buddies. Just the threat of a hug was enough to make someone smile. "I'll give you a hug," he would say. A common response: "No Dan, I'm all right." He would persist, "I'm gonna give you a hug." Sometimes he'd sneak up behind a friend and hug them from behind.