John N. Baker was born on September 20th, 1919 to Julius and Pearl Baker who lived in Chester, Delaware County, Pennsylvania. John was the younger of two children. His father was from North Carolina, and his mother was born in Virginia. John's father worked as a foreman in a textile mill.

John competed high school and afterward obtained employment as a clerk. He later moved to Chester County, and is listed on casualty lists for the county.

John enlisted in the Army Air Corps on August 28, 1941, and received training at Camp Shelby, Mississippi. He flew on B-24 heavy bombers with the 736th Squadron, 454th Bomb Groups. The 454th arrived in Italy in January, 1944. John was promoted to 2nd Lieutenant and served as a bombardier on B-24(H), serial number 42-52258, piloted by Joe B. Ward. The aircraft was never named by the crew.

Second Lieutenant John N. Baker was Killed In Action on April 12, 1944 over Austria. John is buried at Arlington Cemetery in Drexel Hill. 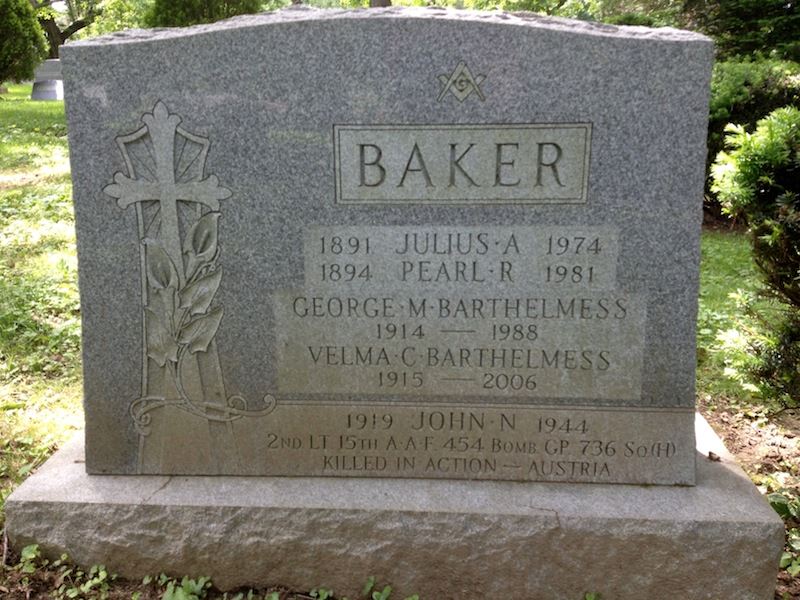