Michael Martin Basca was born on December 4, 1917 to Michael and Mary Basca.His parents emigrated from Austria. Michael Sr. was a steelworker at Phoenixville Steel and football coach at Sacred Heart in 1920-1921. Michael was the second of five children. At an early age, Michael would go house to house in the neighborhood seeking odd jobs for a nickel. He soon became widely known as “Nickels” Basca. The nickname was later shortened to ‘Nick’.

Michael was a football star at Sacred Heart school before he hit high school. At 4' 6", he was the shortest player on the field, yet he was involved in virtually every play, making several breathtaking tackles and scored a touchdown leading his team to an 18-0 victory. Every opponent stood head and shoulders above Nick, yet he stood eye to eye with them, and did not flinch. 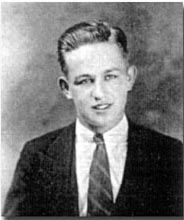 After graduation from Sacred Heart, Michael attended Phoenixville High School. Despite his growing fame on the field, he was known as a nice guy who liked to joke, but on the field he was all business. Quote from Michael's yearbook:
It has been a long time since our school has had an all around athlete like Nick. Many a maiden has fallen for Michael, but to no avail, for his bashfulness is an outstanding characteristic. Michael continued his distinction in football (jersey number 60), as well as playing baseball and basketball in high school. The Phoenixville 1934 football team was the school’s finest and that same year they were named the “Phantoms” by sportswriter Herb Good of The Philadelphia Record. Phoenixville High School sports teams retains that name today.
The Phantoms won the Chester County title, as well as the Philadelphia Suburban Conference Championship. They finished that season with a record of nne wins, no losses. Of the 28 teams in the conference, the Phantoms were the least scored against. After graduation, Michael attended the Pennington College Preparatory School in New Jersey. Here he continued his legend as a football star. One notable game was in 1935 against the West Chester State Teachers College. Three stars of the famed 1934 Phoenixville team were playing for West Chester, against the Pennington team. Nick scored a touchdown, passed for another touchdown, and kicked the extra point to win a close 13 -12 game for Pennington. In 1938, Michael began his studies at Villanova University, and continued his stellar athletic performance under coach Clipper Smith. ‘Nick’ did much of the passing, punting and drop kicking, becoming a triple threat. His performance won him a place on the all State Team, several All-Eastern teams, as well as team captain his senior year. 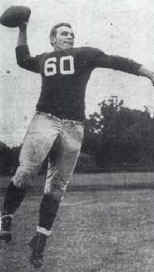 Michael was chosen to play on the North Team for the North-South game at Montgomery, Alabama in 1940. He was key to the 14-12 win, and was given a standing ovation. Michael graduated with a BS in Education in 1941. He was chosen to play with the Boston All Stars in their game against the Chicago Bears, and with Eastern College All Stars against the New York Giants. Several professional football teams expressed interest in Michael -the New York Giants, Chicago Cardinals, Pittsburg Steelers, Green Bay Packers, Washington Redskins, Cleveland Browns, and the Philadelphia Eagles. He signed with the Eagles by Bert Bell. 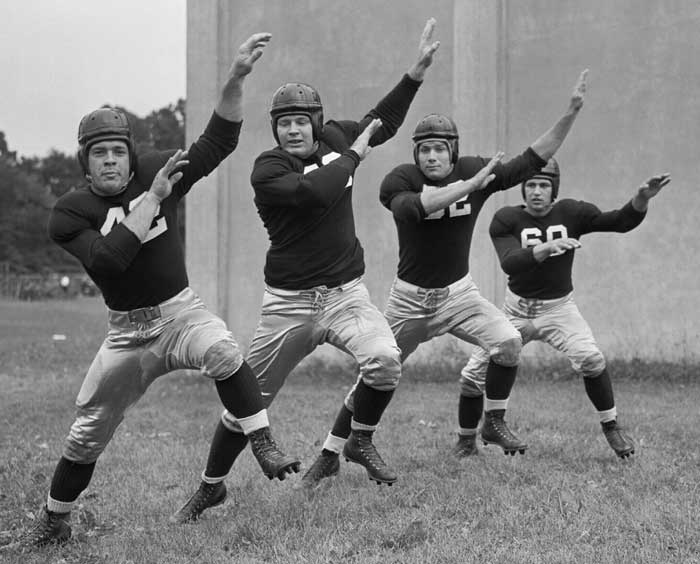 Michael played his last professional game against the Washington Redskins at Griffith Stadium, Washington DC. The game was played on December 7,1941 – the Day Pearl Harbor was attacked. The Eagles lost to the Redskins 20-14 after an early lead. Michael scored 2 extra points as a kicker that day Michael enlisted in the Army on December 10, 1941. He received basic training at Fort Bragg, NC and then was stationed at Pine Camp, NY. He married Francis Snyder of Watertown, New York in 1942. Michael then served at Camp Bowie, TX and participated in maneuvers in the southwestern desert area.   Michael was one of the first  to be chosen to play on the Eastern Army All-Stars Football Team to raise funds for the Army Emergency Relief fund. The team trained at Yale during their brief six-week season then  played eight games in eight different cities against professional teams such as the Brooklyn Dodgers and the New York Giants. 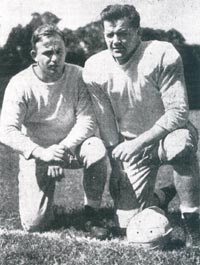 Michael was sent overseas to England in December, 1943 to join the Patton’s Famed Third Army, in the Fourth Armored Division. They trained extensively, and acted as a decoy for the coming Invasion of Normandy. On July 11, they landed in France, through the Utahlanding beach at Normandy and entered combat, driving south to secure Normandy. Then the hard charging Army turned east and swept across France over 250 miles to the city of Nancy. It was towards the end of this amazing sweep that Michael met his fate in the French town of Obreck.

Corporal Michael Basca died in combat on November 11, 1944  when a German 88 mm-round hit the tank he was commanding. Michael’s brother, Steven was recovering from wounds 60 miles away. His hospital chart records that he rose up screaming at the time his brother's tank was destroyed. Michael was buried in the American Catholic Military Cemetery in Limey, France. He was returned to his home country in December 28, 1949 and buried with his family. Funeral services were held on January 19, 1949, with a Solemn Requiem Mass at the Sacred Heart Church. Michael was buried at the St. Michael’s Cemetery, in Mont Claire. Pallbearers were from Members of Company B, 111th Infantry Regiment; the color guard consisted of local veterans, with a ceremonial firing squad from Valley Forge General hospital.  Nearly 800 friends and relatives attended the burial.  On November 11, 1946, The Phoenix Moose Lodge 1273 initiated the Nick Basca Memorial Trophy, which would be awarded to the winner of the Chester County Championship football team. Homecoming weekend at Villanova was renamed ‘Nick’ Basca Weekend, until they dropped football in 1980. Michael's brothers, Steve and Paul, both served during World War II. Both were promising football stars as well before the war. Steve received 3 Purple Hearts. Michael Basca had an extraordinary record for 10 years in school and college ball and was an NFL Rookie with the Eagles. He was not always a starter, but he proved he could make it in the big league. When we were attacked, he immediately enlisted in our Armed Forces, and died defending our Country. If ‘Nick’ had stayed home and continued his phenomenal career, he may have continued his incredible career straight to the Hall of Fame. It is believed that Michael 'Nick' Basca was one of eleven NFL players who gave their lives in World War II.
View a Daily Local News article about Nick written in November, 2004 by Guest Columnist Don Wambold