George Henry Bea was born on May 2, 1920 to John and Mary Barnett Bea who lived in Barnsley (near Nottingham), Pennsylvania. George was the youngest of three children.

George entered the Army on September 6, 1944. After basic training he was sent overseas to the European Theater of Operations and assigned to the 318th Infantry Regiment, 80th Infantry Division.

On February 7, 1945 after relieving the 101st Airborne at Bastogne, the 80th Division stormed across the Our and Sauer Rivers at Wallendorf through the much vaunted Siegfried line. They pursed the enemy to Kaiserslauten.

Private First Class H. George Bea was killed in action on March 15, 1945 in Kaiserslautern, Germany. George is buried at the Luxemburg American Cemetery. 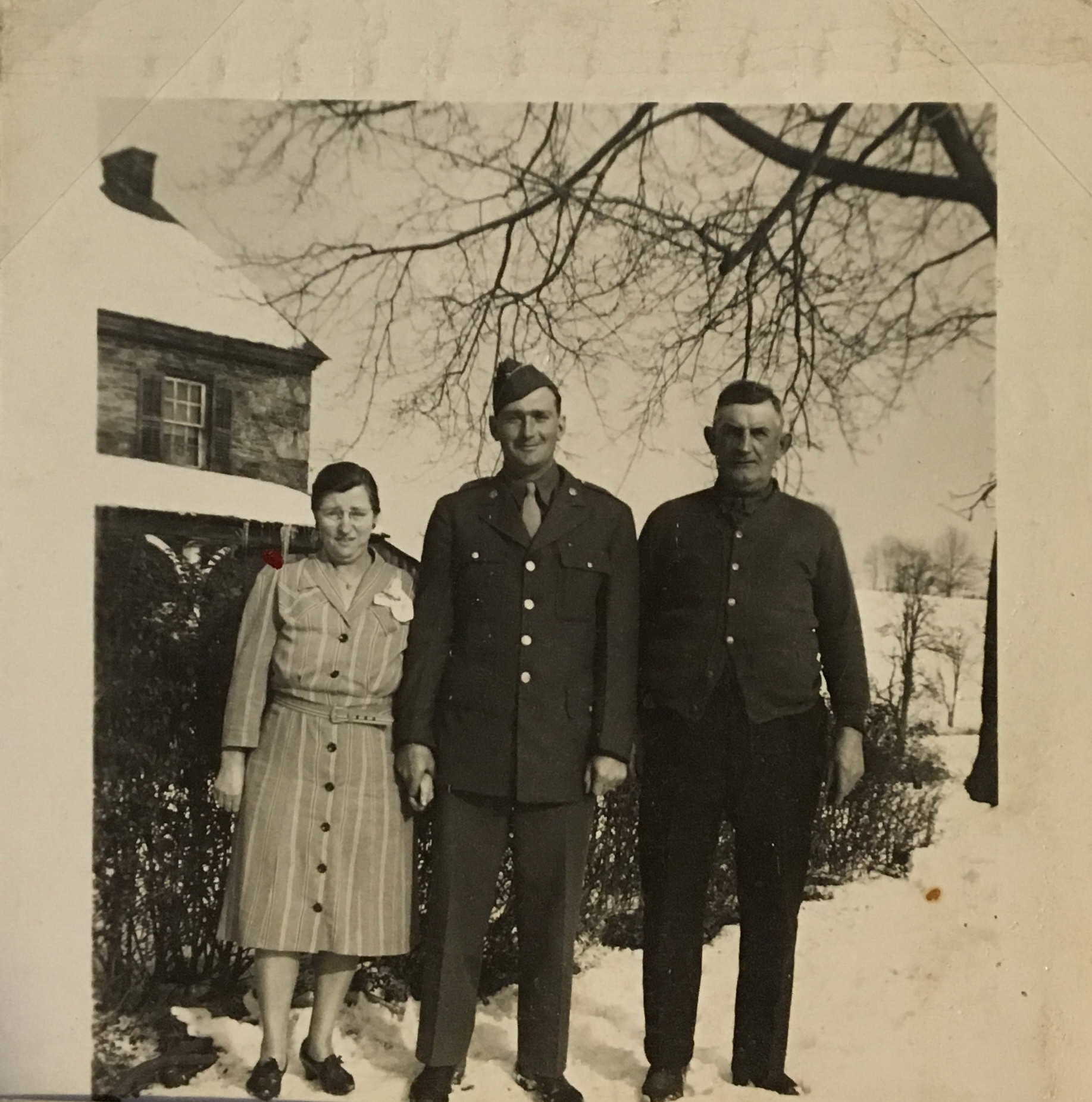 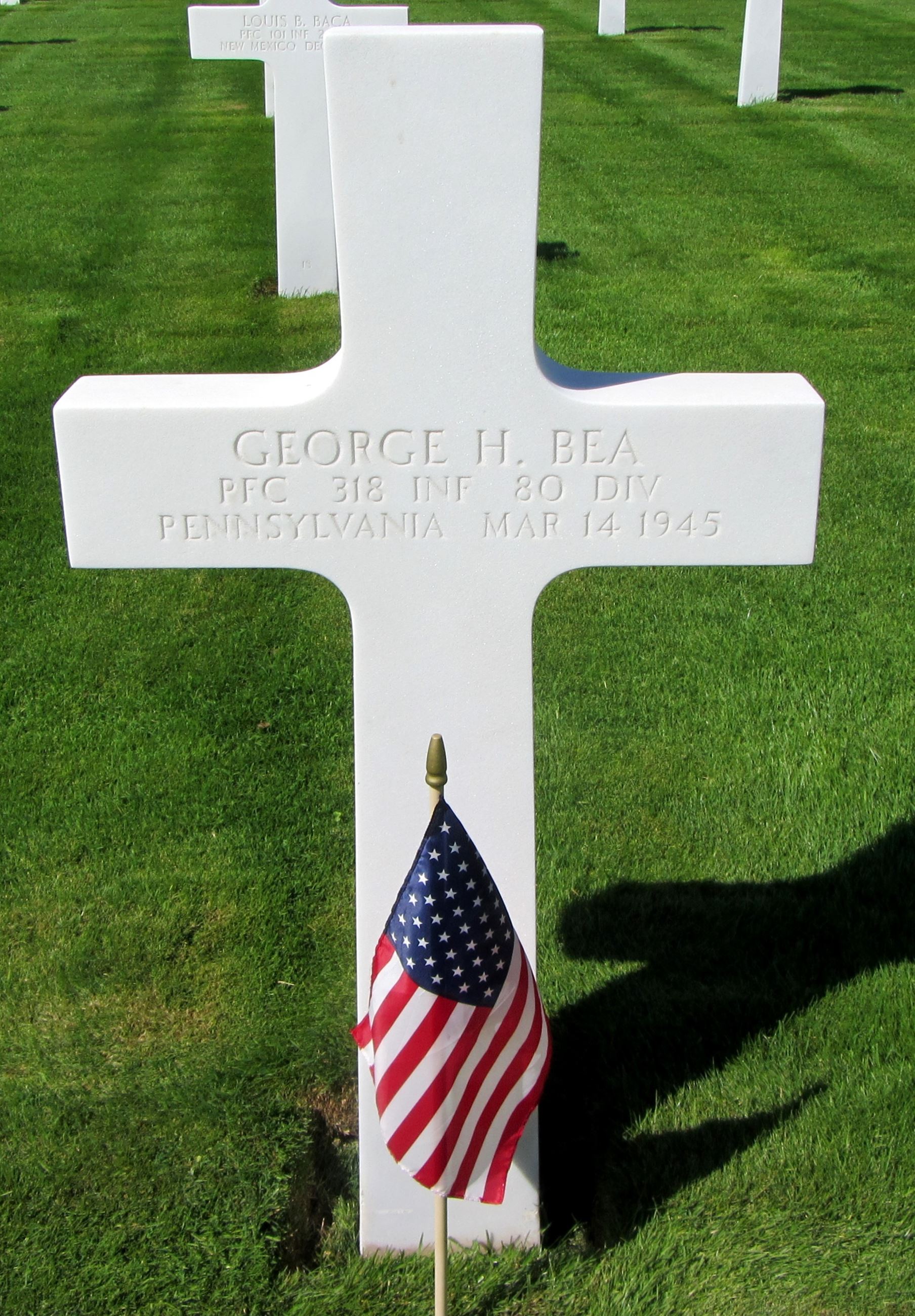