Norman George Becker was born in May 21, 1923 to Henry and Catherine Becker of Chadds Ford, Pennsylvania. He was the oldest of four children..

Norman graduated high school in 1941. Norman was described in the local newspaper as “An outstanding athlete and a good student.” And “He made many friends through baseball and often received the praise of opponents as well as local followers."

Norman played catcher on the high school baseball team and for the American Legion when they reached the regional finals one year in a state tournament. Norman was asked to try out for the Southern ball league, but returned home after a few games. 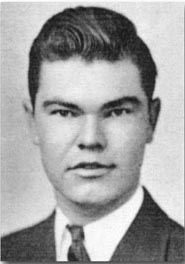 Norman was inducted into the Army on March 9, 1942. He received training at Camp Butner, NC, and Fort, Meade. While at Fort Meade, Norman played baseball with a number of former major league stars. Norman was attached to a quartermaster unit when he was sent overseas to Italy in June, 1944. He transferred to the infantry, joining the 135th Infantry Regiment, 34th Infantry Division. Private Norman George Becker was killed in action on October 14, 1944. He was buried in the Florence American Cemetery, in Florence Italy.

Norman served and died in the same area as hero Michael Barnes and William Taylor.

Norman’s brother, William also served in the Navy during the war.