Edwin G. Benner was born on July 7, 1924 to George and Grace Benner of Easttown, Chester County. George was one of six children.

Edwin graduated from Tredyffrin Easttown schools in 1942, along with hero Thomas Armstrong. After graduation he worked at a shipyard.

In April, 1944, his parents received a telegram from the War Department that Edwin was missing from his company in Italy since February 6, 1944. In September, his parents received a second telegram that Edwin was presumed dead. Private First Class Edwin G. Benner's body was later found. It was determined that he was killed on his first day of combat in Anzio on February 16, 1944.

Edwin was buried at a local military cemetery in Italy but upon the request of his family, his remains were returned to his home country and re-buried at the Great Valley Presbyterian Cemetery. 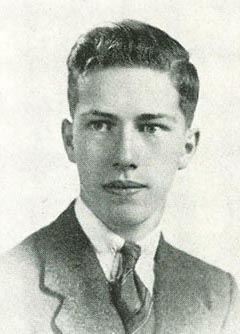