Thomas Franklin Bensinger was born April 19, 1909 to Harry and Cora Bensinger who lived in Schuylkill County, Pennsylvania. He was the youngest of six children. Thomas completed grade school and then found work to help to support the family.

The family later moved to Coatesville where Thomas worked for many years at Lukens Steel Company.  He married Elizabeth Urban from Tamaqua.

Thomas joined the Army on July 28, 1943 and trained at in California, Mississippi and Maryland. Thomas was sent overseas to the European Theater of Operations in August, 1944. He served in Company D, an engineering company.

Private Thomas F. Bensinger was killed in action on November 4, 1944, in Holland. Thomas is buried at the Odd Fellows Cemetery in Tamaqua, Pennsylvania. 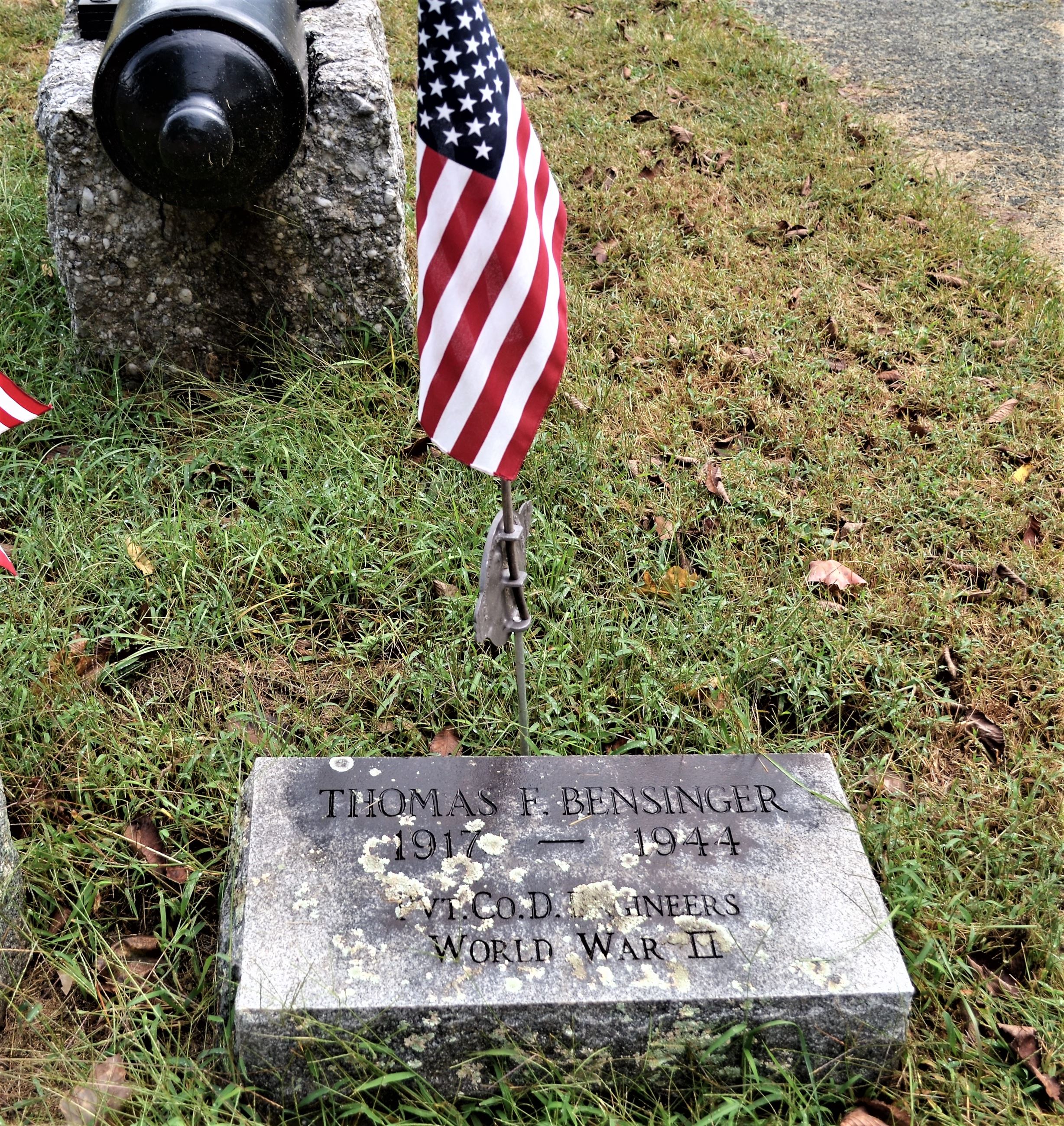