John O. Busler was born in 1922 to George and Ruth Busler who lived in Wakefield, Lancaster County, Pennsylvania. He graduated from Oxford High School in 1941 and attended Franklin and Marshall Academy.

John was a member of the first Baptist Church in Oxford Pennsylvania.

Private John O. Busler was killed in action on August 15, 1944 in northern France. He was buried in a local military cemetery. After the war, his body was brought home to Oxford. Services were held at the First Baptist Church. A full contingent of Legionnaires and the American legion auxiliary attended and sounded taps. John was buried at the Oxford cemetery with full military honors. 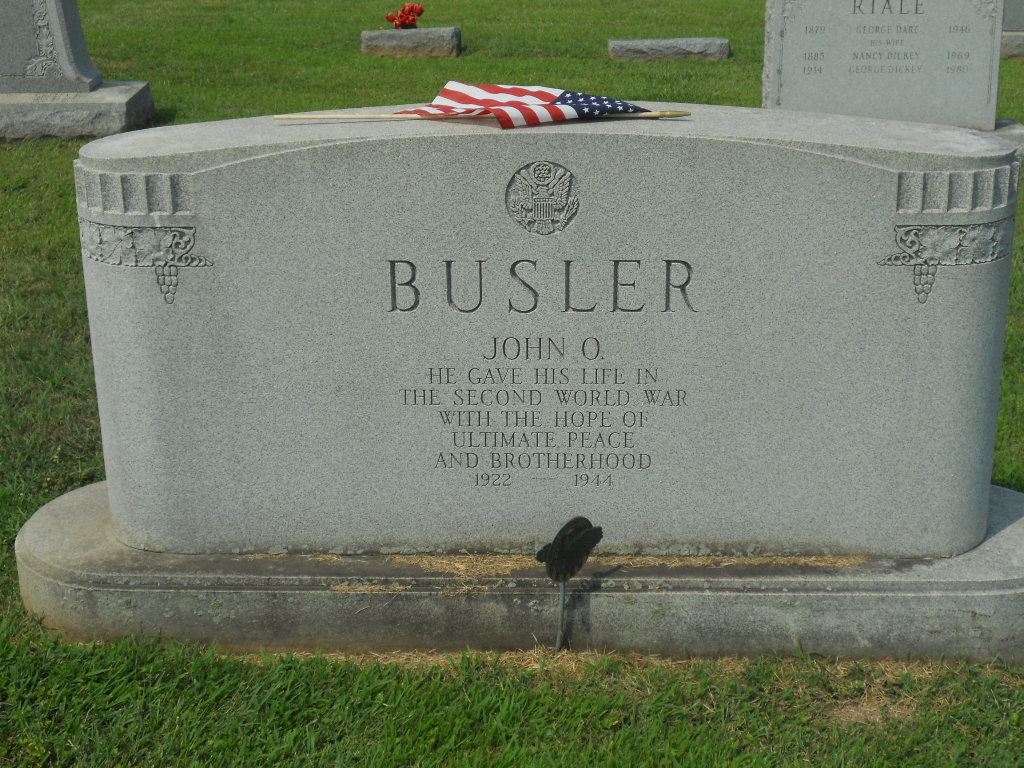