Mary E. Chubb was born on May 7, 1913 to Harry and Ethel Chubb of Doylestown, Pennsylvania. She was one of seven children. Mary suffered illnesses in her youth, and gained a deep respect for nurses.Her goal in life was to become a nurse to help others in their time of affliction.

Mary attended the Doylestown High School, graduating in 1931. She was known as a quiet, mild mannered teen. The yearbook stated:

Mary would like to be a nurse if her health permits. We know she is going to be a success in anything she does.‘Oh, thou art too mild, too mild, I pray thee, swear.’

Mary Chubb attended the Chestnut Hill Nursing school and graduated as a registered nurse. She then served as a private duty nurse. After the attack on Pearl Harbor, Mary enlisted in the Army on December 8, 1942. She entered the Women’s Army Corps (WAC), specifically in the Army Nurse Corps. Mary was assigned to 181st Medical Dispensary, Aviation stationed in England. 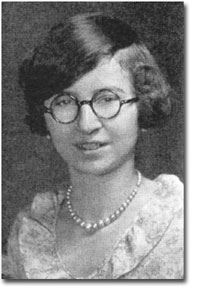 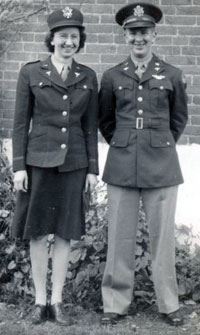 On June 14, 1944, 2nd Lieutenant Mary E. Chubb died in a single engine plane crash between Rugby and Coventry, England. Her father, Harry sought more information about the circumstances of Mary’s death. The Adjutant General, JA Ulio, (Major General) responded in a letter dated August 4, 1944. He informed Harry that Mary was the only passenger on the aircraft. The pilot, 1st Lieutenant Wayland “was accustomed to flying a B-17 type aircraft but he was flying a different type at the time of the accident.” He further stated that Mary died in the line of duty. Mary was interred at the Brookwood Military Cemetery in England. After the war, her parents were contacted by the Army with the offer of returning the body to America for reburial. This was a difficult decision on her father, Harry. His wife, Ethel, had just suffered a stroke, and their son Donald was killed in service a month before Mary. After weeks of tough consideration, Harry decided not to bring Mary  home for burial. He understandably did not wish to cause Ethel any additional stress attending two memorial services for their children.  Mary was removed for permanent burial to the Cambridge American Military Cemetery, in Cambridge, England, on May 18, 1948 with full military honors. Mary's brother Donald, who was also Killed in Action, was a co-pilot of a B-17. He died when his aircraft exploded over the English Channel, while returning heavily damaged from a mission on May 8, 1944. He served in the 547th Bomber Squadron, 384th Bomber Group, Heavy and was interred in the Normandy American Cemetery, Colleville-sur-Mer, France.