Herbert A. Cleveland was born on January 12, 1910, to George and Lotta Cleveland, who resided in Avondale, Pennsylvania. He was one of five children.

After school, Herbert worked for the Good Roads Machinery Company in Kennett Square. He married Pearl Wallace and they had two daughters: Barbara and Sharon. He was a member of the Avondale Presbyterian Church and Avondale Fire Company. A newspaper account stated he was well known and highly regarded in his community.

Herbert entered service in the Army in March, 1944, and received basic training at Camp Blanding, Florida. He was sent overseas in August, and in November entered combat in France.

Private Herbert A Cleveland was wounded and Died of Wounds in a hospital on November 19, 1944. He was buried at Limey Cemetery, Toul,  France. Herbert’s remains were returned to his home country in 1948. Funeral services were held at Arlington National Cemetery, Virginia on August 5, 1948, with full military honors.

His brother Gerald also served in the Army during the War, in the European Theater. 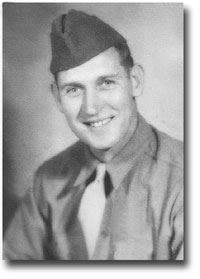